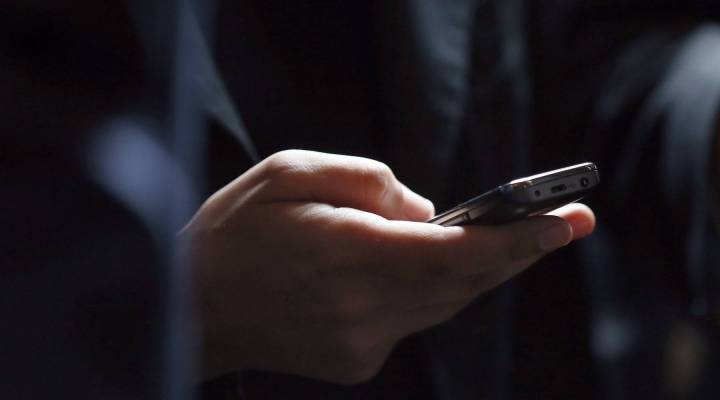 COPY
Big retailers join the race to develop payment systems for mobile phones. But will consumers pay with smartphones instead of credit cards? Kenzo Tribouillard/AFP/Getty Images

Correction: The original version of this story incorrectly spelled the names of Richard Crone and Richard Oglesby. The text has been corrected.

Kai Ryssdal: Consider the cell phone. You can email, shoot videos, read the paper, get directions, text — oh and call someone. That’s a bare-bones list of what we do with our mobile devices. More and more we’re paying for things, too. It’s early days yet for mobile payments as a business model, but it’s already worth more than $172 billion a year worldwide. Which means everybody wants a slice. Today more than a dozen big retailers — including the biggest of them all — said they’re in.

Stacey Vanek Smith: Walmart, 7-Eleven and Target are some of the merchants putting a lot of money where your mouth is. They’re part of a group working on a system that would let shoppers pay for things with their phones.

Industry consultant Richard Crone says each store would have its own app.

If you open the app, the store knows you’re there, says Richard Oglesby, a mobile payments analyst for the Aite Group.

Richard Oglesby: A picture of the consumer pops up and it gives the opportunity for the merchant to look up and say, ‘Hey Stacey, it’s good to see you. How can I help you today?’

OK, that’s creepy. But it’s also good business says Oglesby. Now the store can look me up and see that I buy a lot of shoes and send a coupon for shoes to my phone. But consultant Debra Kaye isn’t so sure consumers will sign onto this. She points out only 11 percent of us use mobile payments.

Still, consultant Richard Crone says consumers could see a financial advantage if they start linking their shopping app to a personal budget app that help them track and control spending. Of course, you can always put your budget app on hold, says consultant Debra Kaye.

Kaye: If you’re already at the cash register, and you’ve got this thing that you want to buy, and there’s a little buzz that says uh-uh, uh-uh, don’t do it — are you going to put it back? I don’t think so.

The shoes… stay in the basket.