Standard Chartered shares up after settlement

Standard Chartered shares up after settlement

Hobson: So Heidi, $340 million does sounds like a lot of money for any bank. Why did Standard Chartered want to do this?

Moore: Actually most banks get through that by tea time. It actually is a saving grace for Standard Chartered. HSBC was also facing money laundering charges; they set aside $700 million. The New York state department of finance was threatening Standard Chartered with the loss of its banking license. So they were facing far greater penalties, this is kind of a win for them but more often banks see a court date as more of a settlement deadline.

Hobson: Well why would the regulators want to do this? If they had a strong enough case against Standard Chartered to get this kind of a settlement, why not just go to court and potentially get more?

Moore: Well they’re completely outgunned. I talked to Andrew Newton, he’s a former compliance officer for HSBC and he wrote “The Handbook of Ethics and Financial Services.” Here’s what he told me about it.

Andrew Newton: Pursuing one of these cases against an extremely well-resourced financial institution could take a long time. They will have banks and banks and banks of lawyers against your small team. It really isn’t evenly matched.

And of course, Standard Chartered is still facing more angry regulators at the Federal Reserve and the Treasury. So their trial is by no means over even if it’s not in court.

Hobson: So not out of the woods yet, they may have other charges to face down the road?

Moore: They definitely will. 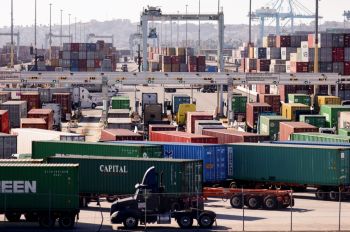