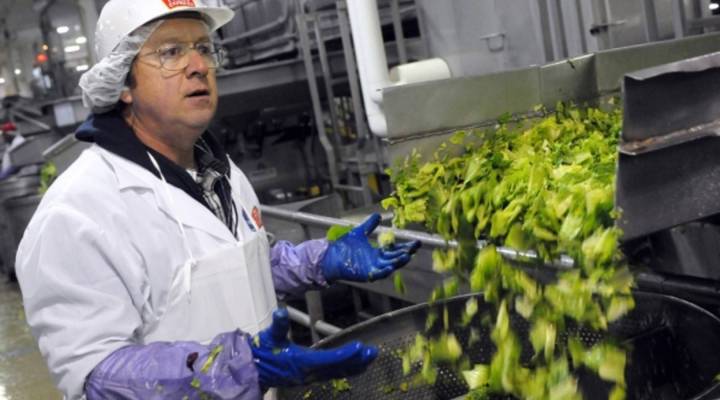 What reality TV can do for a CEO

COPY
Fernando Aguirre on "Undercover Boss" season two. The former head of Chiquita is the third ousted CEO since 2011 to have appeared on the reality show. CBS

What reality TV can do for a CEO

Fernando Aguirre on "Undercover Boss" season two. The former head of Chiquita is the third ousted CEO since 2011 to have appeared on the reality show. CBS
Listen Now

Kai Ryssdal: Chiquita, the banana people, reported a 92 percent drop in quarterly profits yesterday. Perhaps not coincidentally, the company announced the departure of its chairman and CEO at the same time.

Those who don’t follow the banana industry closely might know Fernando Aguirre from the reality show “Undercover Boss,” the one where CEOs pretend to be entry-level employees at their own companies. It turns out, for CEOs and regular people alike, reality TV has its risks and rewards.

Stacey Vanek Smith: There have been 44 bosses featured on “Undercover Boss.” At least three of them are, well, no longer bosses.

Ralph Ward is the publisher of newsletter Boardroom Insider. Still, is it a good idea for a company to show its top decision maker looking a little bit incompetent? Like in this recent episode:

“Undercover Boss” clip: I would not let Tom loose in a customer’s house.

“Tom” is actually Chad Hallock, CEO of Budget Blinds. He was trying to help install Venetian blinds. Hallock says looking a little silly really paid off for his company.

Chad Hallock: Huge sales bump, I mean, I can’t even almost describe. We had to prepare our servers.

That’s Shelly Sun, CEO and co-founder of Brightstar Care, a home health care provider. After she went on “Undercover Boss,” her sales jumped by nearly 20 percent.

Sun: However pudgy I might look in a pair of scrub pants, I had to be willing to forego that sense of humility for the greater good.

Boardroom Insider’s Ralph Ward says these days, people don’t want an all-knowing CEO. They want a person they can feel connected to.

Ward: It certainly builds humanity for the corporation to see the CEO struggling with this or making a doof of himself doing that.

Still, as Chiquita shows, the CEO had better deliver in his day job.