What you should watch

What you should watch

So long TV Guide, we have new ways to choose our stories. Apps that use predictive technology to tell you what’s on TV. The Wall Street Journal reports:

App developers are updating the traditional channel guide to show viewers programs that are uniquely relevant to them based on their social circles.
Instead of channel-surfing or scrolling through a long list of shows, viewers can use these mobile apps to display shows that they or their friends like based on their preferences. Some of the apps integrate with Facebook Inc.’s social network to identify and recommend TV shows and sports teams liked on the social network.

I can see how apps that use social features could be useful. You like people that probably like stuff you like, and when they let an app know that they like a show, chances are good that you might like it too. But, like we’ve said more times than there are plankton floating in the sea, follow the money. Here’s another way for advertisers to target precisely segmented groups of people, like: 18-25 year-olds who watch “How I Met Your Mother” between noon and 3:00 p.m. on a Wednesday. Or, 40 -50 year-olds who say like to keep up with the Kardashians (you’re either sick or lying – either way you’re sick). And what might advertisers not try to sell to people that are into “The Wire,” “Breaking Bad,” and NPR’s “Fresh Air”?  Probably a tote bag.

The app field for channel surfing is pretty crowded. Again from the Journal:

Given those challenges, and the strides being made in the TV industry by giants like Apple Inc., Forrester Research analyst James McQuivey said many social TV start-ups will likely get gobbled up and their ideas brought into bigger projects. 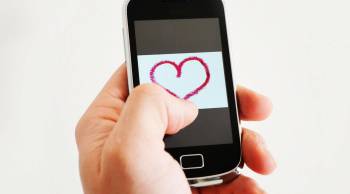