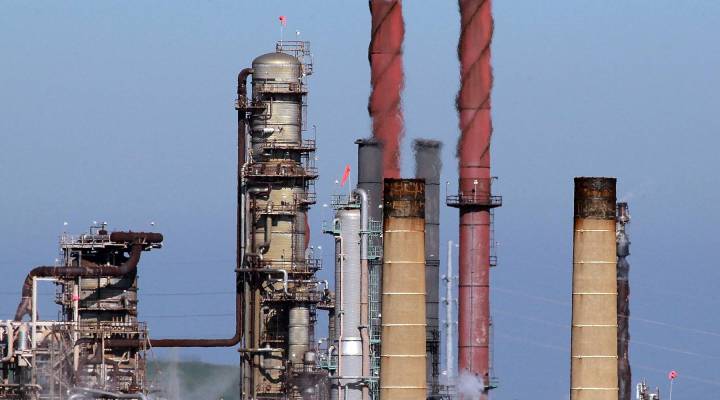 The head of the Federal Reserve Bank of Boston is making a plea for more monetary stimulus. In an interview with the Wall Street Journal, Eric Rosengren called on the Fed to do another round of bond buying until economic growth picks up.

CVS had a good second quarter, and says the rest of the year is looking up. The drugstore chain benefitted from problems at its main competitor. Walgreens has been feuding with the prescription services ExpressScripts, though they just patched things up.

After the market close today, earnings are on the way from Disney, Sotheby’s, Chiquita, and concert company Live Nation. Later this week we’ll find out how some of the big retailers did last quarter — companies like Macy’s, Kohl’s, Nordstrom and JCPenney. But those earnings reports will only tell part of the story.

This week, six private companies are going public. That’s the most IPOs since Facebook flopped, back in May.

At the Olympics, you’ve gotta be a great athlete to win a gold medal. But all you have to be is rich to have a torch to call your own. Turns out some of the torch bearers are trying to cash in. According to the Telegraph newspaper, dozens of the distinctive gold torches gave shown up on eBay. The torches only cost a few hundred dollars, but are selling online for as much as $150,000.

Secretary of State Hillary Clinton is in South Africa this morning along with other U.S. leaders. Among them, the head of the Export-Import Bank of the United States, which has just announced a $2 billion loan to South Africa. That’s to help the country
fund green energy projects with U.S. companies.

A major refinery for Chevron caught fire in California last night. The fire in Richmond, outside of San Francisco, has been extinguished. One employee was injured at the plant; hundreds of area residents have gone to the hospital with breathing problems because of the smoke. And the fire could be bad news for drivers across the West, because one less refinery online is likely to mean higher gas prices.

To the city of Detroit, which is in the hole right now for about $200 million. And a nine-year-old boy named Joshua Smith wanted to do something about it. So he started selling lemonade, fruit punch, water and popcorn. By the end of last week, according to the Detroit Free Press, he had made a profit of $3,392.77. The city is giving Joshua a scholarship as a thank you for his assistance.