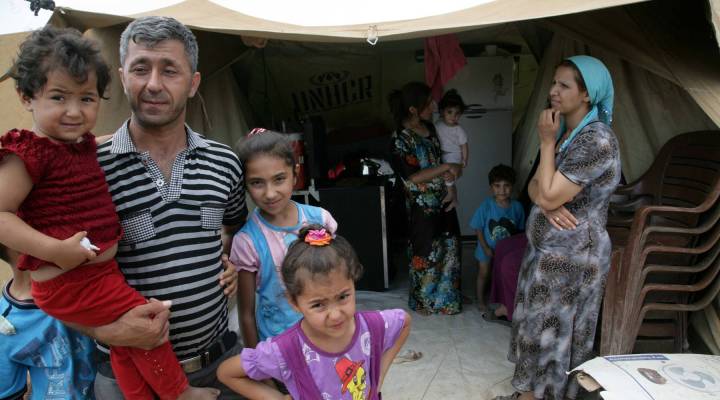 Hundreds of thousands of Syrian refugees — mostly women and children — continue to flood border communities in Turkey, Lebanon, Jordan and Iraq. Governments, towns, local host families and non-government aid organizations are scrambling to deal with the growing influx of people.

Michael Kocher, vice president for International Programs at the aid group International Rescue Committee, says the IRC can’t work inside Syria, but it’s setting up health clinics as well as distributing supplies to refugees in Jordan. Kocher says the economic situation for these families is dire.

“We’re seeing that many of the families we’re working with, they run out of money within a week’s time, surely in four, five, six week’s time,” he says. “The economic toll of this is substantial. And the longer this goes on the worse it’s going to get. “

Among the problems these refugees face in border communities: poor infrastructure, difficult sanitation services and high unemployment. In Jordan, for example, Syrian refugees are unable to work legally. And any work a refugee might find would be in the black market — for very little money.

“It’s a very difficult situation. They are very much in limbo,” says Kocher. “There is no prospect of returning home at all right now to Syria. And obviously it’s very, very unclear how long this highly complex situation might go on.”