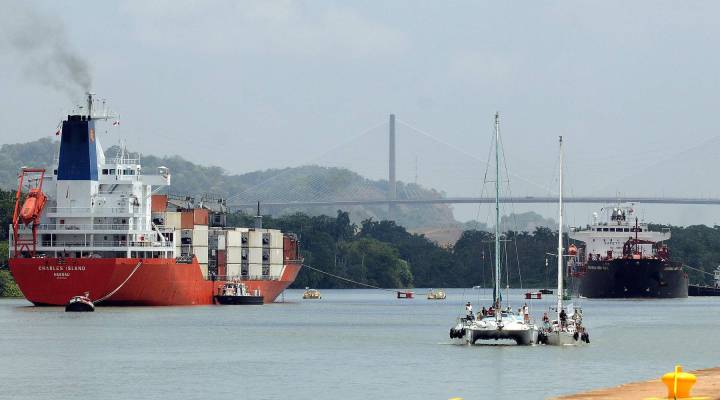 PODCAST: A flood of tweets against NBC, a changing tide in the shipping industry?

PODCAST: A flood of tweets against NBC, a changing tide in the shipping industry?

The Federal Reserve wraps up a two day meeting today in Washington, and the big question, yet again, will be: Is the Fed ready to launch some new economic stimulus in line with its mandate to help the country reach full employment?

Earnings beat expectations at Comcast, which owns NBC Universal. They had a big film flop called “Battleship” and ad revenues were down at NBC. But they added lots more Internet and telephone subscribers.

Burger King said this morning its profits were up 60 percent last quarter. That’s after they made over their menu to make it less Whopper-centric: they added fruit smoothies, salads, bacon ice cream sundaes and BBQ sandwiches.

Presumptive Republican presidential nominee Mitt Romney recently said: “We have to have taxes that are competitive with other nations.” Politicians frequently make the connection between tax rates and economic growth — something the American economy badly needs. But if we look at evidence around the world, how strong is the link between lower taxes and higher growth?

The power is coming back on this morning in India after yesterday’s huge blackout, blamed in part on rising demand for electricity in one of the world’s fastest growing economies. But in China, a blackout like this would be unthinkable.

The chiefs of air defense and border security have been fired in Belarus, the authoritarian former Soviet country. The officials’ offense was failing to stop an invasion of teddy bears. The air drop of 800 teddy bears was orchestrated out of Sweden. Each of them carried a message calling for Belarus to show greater respect for human rights. Pulling this off, of course, involved violating Belarussion airspace. But when it comes to nonviolent statements, I guess it’s hard to top a teddy bear.

From raining teddy bears in Belarus, here’s a weather forecast for St. Louis: It’s gonna be extremely hot and sunny for the next ten days. It’s not great news for a region that’s in the midst of the worst drought in decades. Now, we’ve heard about the effect
the drought is having on on farmers, but it turns out it’s also shrinking the shipping lanes in the Mississippi River.

And speaking of shipping traffic, the government of Nicaragua is paying two Dutch companies about $750,000 to study the feasability of building a canal. A canal that would rival the Panama Canal and create another link from the Pacific Ocean to the Caribbean Sea.