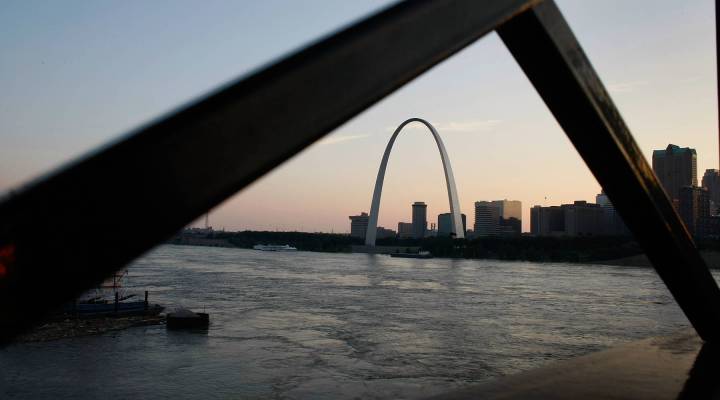 COPY
The Mississippi River is seen flooding here on June 25, 2008 in St. Louis, Mo. Now, because of the drought, the river is 13 feet below normal, and the barges on the river have to coordinate in a way they’ve never had to. Joe Raedle/Getty Images

The Mississippi River is seen flooding here on June 25, 2008 in St. Louis, Mo. Now, because of the drought, the river is 13 feet below normal, and the barges on the river have to coordinate in a way they’ve never had to. Joe Raedle/Getty Images
Listen Now

Jeremy Hobson: There’s more sun and heat in the forecast for St. Louis. Not great for a region that’s in the midst of the worst drought in decades. Now, we’ve heard about the effect the drought is having on on farmers — but it turns out it’s also shrinking the shipping lanes in the Mississippi River.

Adam Allington: Standing on a river barge south of St. Louis, you can’t help but notice that the Mighty Mississippi, just isn’t that mighty right now — in fact it’s about 13 feet below normal.

Butler Miller: Right now you can see 30 feet of sand that you shouldn’t be able to see.

Butler Miller is the president of barge operator Robert Miller and Associates. He says the drought of 2012 has put a huge squeeze on his biggest customers: grain and food producers who ship products down to New Orleans for export.

Miller: We have 60-70 percent of our equipment idle, just waiting for work. Harvest is due to start in the Southern United States in the next two weeks, maybe we can get some more barges loaded then, but you know, we’ve had this level of being idle for the last two to three months.

On top of that, Miller says river traffic on the river is restricted to one lane in some areas and barges can’t be filled to their full capacity.

Miller: You would like to load a barge 2,200 tons, with these new draft restrictions it’s maybe more like 1,600 tons. Profits are greatly strained.

Don Sweeney is the associate director of the Center for Transportation Studies at the University of Missouri, St. Louis. While barge traffic only accounts for a tiny fraction of the transportation economy, he says its cargo finds its way into lots of industries.

Don Sweeney: And it’s roughly a $7 billion to $10 billion industry nationwide. And in a $14 trillion economy, that’s not a big deal. But it is a big deal in the sense that it moves some of the more basic products across the nation.

Sweeney says reduced traffic on the river will likely increase prices on certain raw commodities such as corn, soybeans, petroleum and coal. 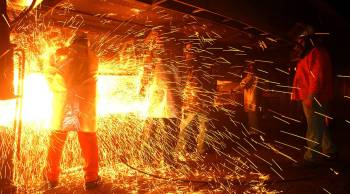