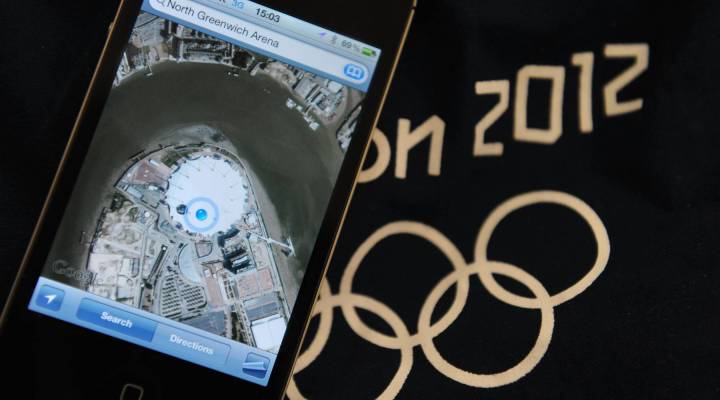 Stacey Vanek Smith: The Olympic Games get under way tomorrow. There’s a big technology and social media push this year.

Smith: So tell me about the latest in Olympic technology. What are some of the hot items being tested at this year’s Games?

Cellan-Jones: Well, this is probably the first social media Olympics. And it’s also the first app Olympics — lots of applications being used by spectators and the athletes themselves to try to get an edge on their rivals. I’ve heard of the British boxing team, for instance, using a clever app which has analyzed all of their rivals’ potential moves so that they can know what to expect where the next punch is coming from. And also lots of applications out there for spectators to use to really get a grip on what’s happening in the games.

Smith: And from what I understand, too, a lot of athletes are gaining a bigger audience and fans by tweeting and making friends on Facebook and things like that.

Cellan-Jones: That’s absolutely right. In fact, the International Olympic Association has set up a social media hub; it’s encouraging people to use Facebook and Twitter to communicate with their fans. Although of course, there are dangers in that; and they’re also being warned about the pitfalls of saying inappropriate things on those networks and getting into trouble.

Smith: Visa is a longtime Olympic sponsor, and from what I understand, they have plans for a cashless Olympics?

Cellan-Jones: Yes, they’ve issued a number of smartphones with payment technology inside them where you’ll be able to pay at the Olympic venues for goods and services. Now, this is a bit of an experiment. It has to be said that we’ve been expecting mobile money to come along and be a real force in the world for some time; it’s been very slow to arrive and I think Visa is hoping that the Olympics will give this a bit of a push. It must be said I think they wanted it to be a cashless Olympics — but of course, that’s not going to happen, because most people just don’t have the technology to make that work.

Smith: Do you have to buy a special phone, or is it an app you can download on your mobile phone?

Cellan-Jones: At the moment, you have to have a special phone with this program installed. But this should become more widely available. And as I said, they’re hoping the Olympics will showcase this and it will convince skeptical consumers that there is worth to this.