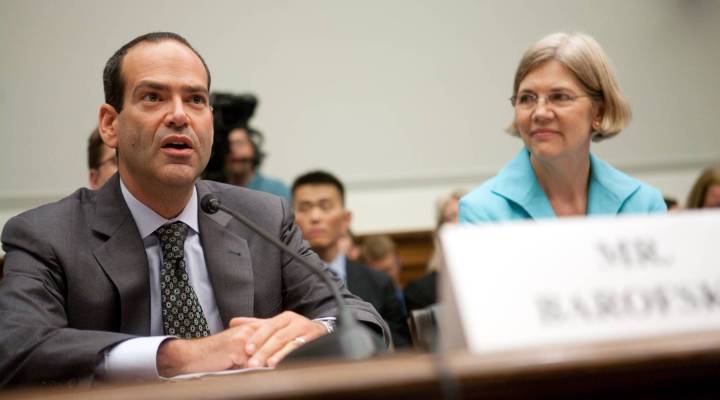 PODCAST: Sizing up TARP, putting a fine on Penn State

PODCAST: Sizing up TARP, putting a fine on Penn State

This morning the NCAA announced the penalties it would impose on Penn State for the school’s child sex abuse scandal. The Penn State football team is barred from all bowl games for four years and faces a $60 million fine. In addition, scholarships will be cut by 40 percent, and all wins by the football team between 1988 and 2011 are vacated.

Overseas markets are sliding this morning on new worries about Spain.

Elsewhere overseas, in the area around Beijing, six months-worth of rain fell over the weekend. The storm has reportedly killed 37 people. Almost 60-thousand are out of their homes. Anger is reportedly shifting from Mother Nature to the government.

The suspect in the Colorado theater massacre makes his first court appearance this morning. James Holmes isn’t talking to police. But he left a behind a rich Internet trail authorities say it shows how easy it was for Holmes to buy lethal supplies.

The Troubled Assets Relief Program — TARP… you might recall that was the formal name for what we often just call “the bailout.” In 2008 Congress allocated $700 billion to stabilize the U.S. financial industry. Congress and President Bush assigned Neil Barofsky to build a team, and police all that spending. His book about the experience comes out tomorrow.

You know those fuel surcharges that get tacked onto your plane ticket price? A new survey from Carson Wagonlit Travel found they’re rising faster than fuel costs themselves. The fees U.S. airlines charge us for fuel have jumped more than 50 percent since last year, actual fuel prices have risen less than half that. And the survey found most airlines didn’t reduce their fuel surcharges even when oil prices fell. Apparently, when it comes to airline fees what goes up just seems to keep on going up.

Teach for America, the program that recruits recent college grads to work in underperforming schools, is making a push into the political arena. Former TFA grads have won seats in state houses and on local school boards.

Now ET can phone home without breaking the bank. A new art installation in Mexico City is offering free pay phone calls to anywhere in the world. It’s part of an art installation by Minerva Cuevas at the Museum of Mexico City. The phone includes instructions on how to dial any number in Mexico or the world — though the phone has recently been out of order.