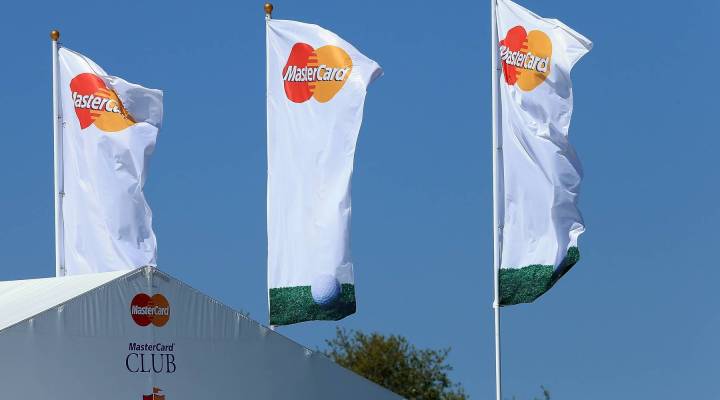 COPY
Tournament flags flying in the strong afternoon breeze during the final round of the 2012 Arnold Palmer Invitational presented by MasterCard at Bay Hill Club and Lodge on March 25, 2012 in Orlando, Fla. David Cannon/Getty Images
Mid-day Update

Tournament flags flying in the strong afternoon breeze during the final round of the 2012 Arnold Palmer Invitational presented by MasterCard at Bay Hill Club and Lodge on March 25, 2012 in Orlando, Fla. David Cannon/Getty Images
Listen Now

We’ll start with the largest anti-trust class action settlement in U.S. history. The major credit card companies, Visa and Mastercard, as well as the big banks, have agreed to pay more than $6 billion to retailers.

The credit card settlement isn’t the only big credit and consumer finance story bumping around today. The Consumer Financial Protection Bureau said this morning it will assume oversight of the credit reporting industry.

The LIBOR investigation continues into whether banks manipulated that key interest rate, and people are starting to look at whether something like the LIBOR scandal could happen again. One worry for lawmakers in London? The oil industry.

In another part of the world, China’s economic growth has slowed. But while some are worried about the country’s GDP, wages for urban households in China also rose 13 percent in the first half of this year. There could even be some benefits for the U.S. economy.

There’s a new survey out that ranks America’s manliest cities from Bestplaces.net. It uses metrics like number of pro sports teams, NASCAR tracks and racing events, number of BBQ restaurants, home improvement stores and steak houses — not to be too stereotypical, or anything. The winners are #3 Oklahoma City, #2 Charlotte, and #1 Nashville.

And what could be more manly than a classic sports car? Forty years ago, someone stole Robert Russell’s Austin Healey sportscar. Every now and then, in the age of the internet he’d make a half-hearted attempt to poke around for it. And then, the other day, on eBay — listed by a car dealership in Beverly Hills. All these years, and Bob had hung onto that car title.  Now, man and machine are happily reunited.

To the Times of London, which had an unusual request in its editorial on Saturday: Please stop raining. “Let us make our position crystal clear, ” the newspaper said,” we are against this weather. It must stop raining and soon.” So far, mother nature appears unfazed. It is currently raining in London.

But it wasn’t the rain that ended the Bruce Springsteen’s Hyde Park concert in London last night. Bruce was taking an encore, and it was about 11 pm, and he had just pulled Paul McCartney on stage to do some Beatles tunes: Springsteen and McCartney. And then someone turned the mics off. You see, Hyde Park has a 10:30 curfew because of the noise, so the organizers just pulled the plug.

Why consumer credit is a matter of "social trust"