The charges were deadly serious. Among other things, Glaxo was alleged to have promoted to kids under 18 an antidepressant approved only for adults and for pushing two other anti-depressants for unapproved purposes, including treatment of sexual dysfunction. To further boost sales, the company is said to have showered doctors with gifts, consulting contracts, speaking fees, even tickets to sporting events.

Now $3 billion may sound like a lot of money, but during the years covered under the settlement, Glaxo is reported to have made nearly $30 billion on these three anti-depressants alone.

But to the extent the penalty will affect Glaxo’s profits and share price, the wrong people will be feeling the financial pain. Most of today’s Glaxo shareholders bought into the company after the ill-gotten profits were already built into the price they paid for their shares.

The only way to get a big company like this to change its ways is by making individual executives feel the heat. But not a single executive has been charged. Glaxo has agreed to reclaim the bonuses of any executives who engaged in or supervised improper behavior. But without legal charges against the executives involved, it’s impossible to know whether Glaxo will follow through.

An even more basic issue is why the advertising and marketing of prescription drugs is allowed at all, when consumers can’t buy them and shouldn’t be influencing doctors’ decisions anyway. Before 1997, the Food and Drug Administration banned such advertising on TV and radio. That ban should be resurrected.

Finally, there’s no good reason why doctors should be allowed to accept any perks at all from companies whose drugs they write prescriptions for. Codes of ethics that are supposed to limit such gifts obviously don’t work. All perks should be banned, and doctors that accept them should be subject to potential loss of their license to practice. It’s an inherent conflict of interest. 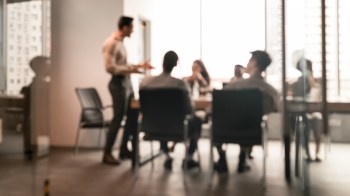