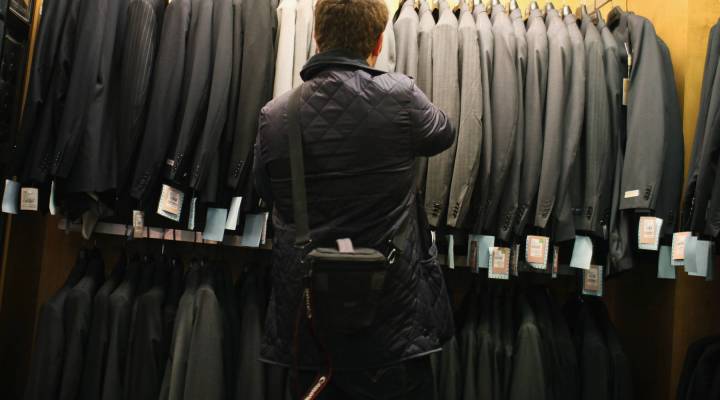 Sarah Gardner: We spend a lot of time on this show talking about economic indicators — unemployment numbers, new home sales, gas prices — anything that will give us a hint of how the economy’s doing and where we’re headed.  Of course, there are the official economic indicators and the unofficial indicators — things like traffic or stores going out of business.

Marketplace’s Stacey Vanek Smith checked in with some economists to see what alternative signs they look for to gauge how the economy is doing.

Max Wolff: If there are large liquidation sales in the men’s suit business. Folks don’t tend to buy suits and ties unless they more or less have to for work.

Marilyn Cohen is a bond market expert at Envision Capital Management. She spends a lot of time looking at complicated economic indicators like treasury auctions and high yields spreads. Her economic indicator of choice?

Cohen says whether or not people are willing to splurge on a venti frappucino tells you a lot about their financial situation.

Cohen: It tells you the fear that people have about the economy and about their job security.

Justin Wolfers: My favorite one is what I call the sandwich indicator.

Justin Wolfers is an economist at Princeton University. He pays attention to who is working entry level jobs.  Say, when he orders a sandwich at the local deli.

Wolfers: During the depths of a recession, I will be served not only a wonderful sandwich, but also a side of Germany philosophy as well.

Turkey with a side of Schopenhauer? They’re probably overqualified.

Economist Gary Shilling has his own special way to tap into the economic buzz.

Gary Shilling: I’m a beekeeper and I found an interesting correlation between how well the bees are doing and how well the stock market does.

Shilling says if his bees produce a lot of honey, the stock market tends to do well that year. If they don’t, markets tend to fall.  The bees have been right the last five out of six years.

Vanek Smith: You know what I’m going to ask you next, which is: What was your honey haul this year?

Shilling: Not good, not good!

Those economic indicators can sting!