Sarah Gardner: Apparently, some members of Congress didn’t have much trouble getting a good deal on home loans before the housing bubble burst. A new report (PDF) out today examines the deep ties between lawmakers, Fannie Mae and Countrywide Financial — at one time the biggest mortgage lender in the U.S.

The House Oversight and Government Reform Committee issued the report; it focuses on Countrywide’s “VIP” program. Marketplace’s David Gura reports on how that VIP program ended up seeking business and favor in the nation’s capital.

David Gura: From 1996 until 2008, Countrywide’s VIP unit waived fees and it gave preferential loan terms to hundreds of powerful people here. We’re talking about members of Congress, their staffers, and also bigwigs at Fannie Mae.

Brent Ambrose: Clearly, it seemed that the executives at Fannie Mae knew that they were getting pricing that was very, very competitive, if not better, than what they could get off the street.

The report points out this was happening in the run-up to the housing bust in 2008, when Fannie Mae and Countrywide were expanding lending to low-income borrowers. Fannie Mae threw business at Countrywide. And Countrywide gave discounts to Fannie Mae employees. Ambrose says that sounds kinda like a kickback.

Ambrose: It all depends on whether or not the people you are providing these discounts and services to understood that they were getting a true economic benefit.

And that brings us to members of congress who sat on influential committees, wrote rules that affected the housing market, and also got favorable terms from Countrywide — Republicans and Democrats. They say they did nothing unethical or illegal, and congressional investigations have led to no punishment.

Susan Wachter teaches at the Wharton School, and she says this report (PDF) points out what went wrong before the mortgage meltdown and what still needs to change.

Susan Wachter: There would be standard pricing. There wouldn’t be preferential pricing — whether individuals knew of it or not. And there would be just much more transparency.

Today there is less preferential pricing. A spokesman for Bank of America says that, when it acquired Countrywide, in 2008, it immediately discontinued its VIP unit. 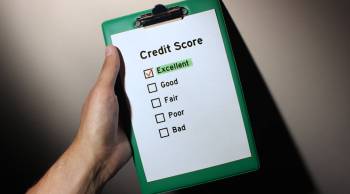