Congratulations! You’re the chief operating officer of a well-known consumer products company. Today, you’re presiding over a big review of new products being developed. The room is packed with product teams, VPs, and other top brass.

You turn to the team presenting a new blender, but the team leader sheepishly admits the prototype isn’t ready. There was a mistake somewhere in the development process, but he’s confident the team will fix it soon.

This scenario really happened in a company we studied — and the COO went with option C. His words, by the way. But for the good of the company, what he should have said was B.

That’s the right answer because it fosters something called “psychological safety” — an atmosphere where it’s OK to admit errors because you’re not going to get punished or dressed down for an honest mistake. Psychological safety allows people to dispassionately dissect shortcomings so they can learn and improve.

The opposite is an atmosphere of intimidation, where people avoid taking risks and stifle their creativity.

Unfortunately, my research team and I found that many business leaders undervalue respect. When faced with an employee’s mistake, far too many rake the person over the coals.

A few leaders do get this right. They know that, if they respect the worker and focus on what went wrong in the work, their employees are far more likely to be innovative and productive. Research shows that respecting employees can help drive the bottom line upward. Doing the opposite can drive an enterprise into the ground. 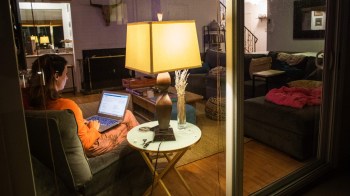