Kai Ryssdal: Teresa Sullivan’s gonna keep her job after all. Today, the Board of Visitors at the University of Virginia voted unanimously to reinstate Sullivan as president of the university. Her forced resignation two weeks ago was a case study in decision-making, crisis management and the changing business of public higher education.

Marketplace’s Amy Scott is in Charlottesville.

Amy Scott: As the Board of Visitors prepared to meet this afternoon, hundreds of students, faculty, staff and alumni gathered on the lawn outside UVA’s iconic Rotunda, waiting for the decision.

Julie Laskaras drove from the University of Richmond, where she teaches classics.

Julie Laskaras: We’re seeing the corporatization of higher education nationwide, and these kinds of big-money interests trying to turn education into a big business, and I think we need to resist it everywhere it happens.

Stephen Yowell: You can’t put business model directly over the university. It doesn’t work. And I think that’s what began to happen.

Members of the board — many with business ties — wanted President Sullivan to move more quickly to cut costs and embrace online education. Though UVA faces many of the pressures of other public universities — declining state funding, competition, indebted students — it’s in better shape than most. It has a $5 billion endowment, the largest per student of any public university.

David Breneman is on the faculty. He’s also an economist who specializes in higher education finance.

David Breneman: I do not believe this university faces anything like a dire financial crisis. I think somehow this board got itself worked up over that issue.

The crowd on the lawn got worked up at the news of Sullivan’s reinstatement. Dorrie Fontaine was prepared. She’s dean of the school of nursing. She’d already sent her husband out to buy a case of champagne.

Economist David Breneman says the scandal’s also shown just how tricky it is to be a public university president these days. 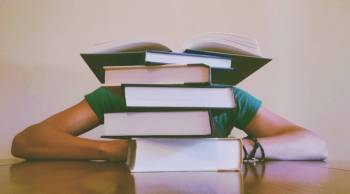