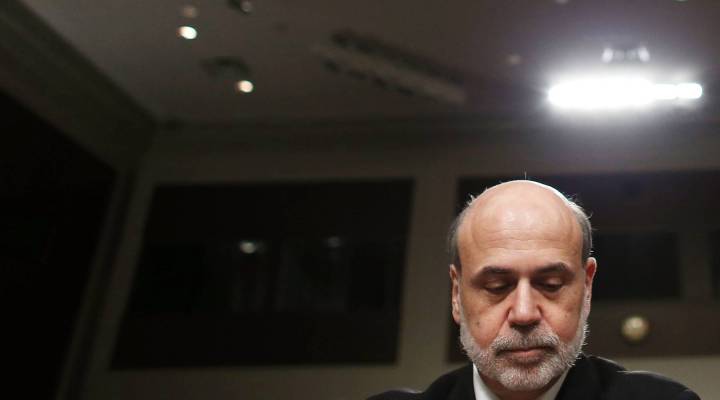 PODCAST: Disappointment in the Fed, a shortage of Good Humor

PODCAST: Disappointment in the Fed, a shortage of Good Humor

The number of Americans filing new claims for unemployment benefits was little changed last week, according to government data on Thursday that suggested the labor market was struggling to regain momentum.

Oil prices continue to fall — they’re down to $80 a barrel in New York trading this morning. That’s the lowest level since October.

The Central Bank’s Chairman Ben Bernanke announced yesterday he will expand the Operation Twist monetary stimulus program. That means the Fed is buying more long-term Treasury bonds in an attempt to support the economic recovery. But it’s less than many economists were hoping for and it’s got some asking if the Fed has exhausted its ability to boost the economy.

And here’s another couple numbers: 3 billion to 1. That’s the odds of getting the same number in seven consecutive spins of a roulette wheel. It reportedly happened at the Rio in Las Vegas earlier this week on the lucky number 19.

There’s a heat wave of a different sort going on here in the east. And thanks to a coinciding closure of a factory in Maryland, a calamity has occurred. There is a shortage of Good Humor’s classic Toasted Almond Chocolate éclair ice cream bars. The company says the issue should be resolved by the end of July. In the mean time, customers will be forced to choose from Good Humor’s 21 other ice cream products.

And here’s one more number before we go: 3,200. That the number of people who live on Hawaii’s sixth biggest island, Lanai. Oracle CEO Larry Ellison is reportedly buying Lanai… 98 percent of it, anyway, including residential and apartment buildings. Alright, Lanai residents, get ready to change the address on those rent checks.

Finally, I know hackers are bad but it’s a little tough to know who the good guys and bad guy are in this scenario: a group called Rex Mundi hacked the records of payday lender “Americash Advance.” They’re threatening to expose Americash’s business practices — which include lots of lending to poor people at sky-high interest rates. On the other hand, the Hackers say they’ll keep quiet for a bribe of $20,000.

There’s a train station worker in the U.K. named Colin Miller who helps make sure commuters board the trains on time every morning. And he just happens to look exactly like the late Italian Opera Singer Luciano Pavarotti. So…he has started singing for the commuters.