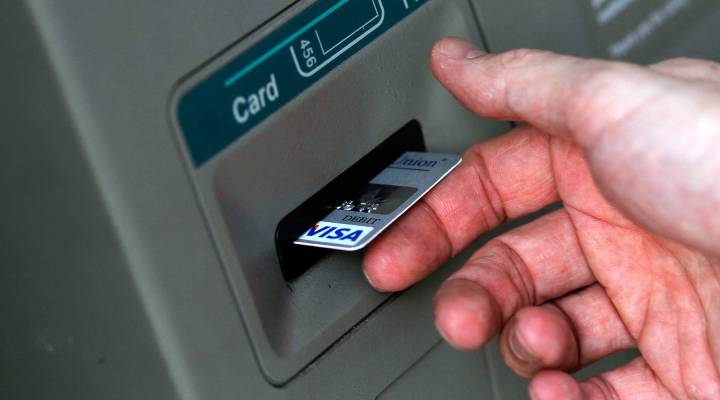 Jeremy Hobson: The state of our checking accounts is not strong. That’s according to new research by the Pew Charitable Trusts, which says, among other things, overdraft fees are still too high.

Hobson: Well Tess, I thought that this whole issue of overdraft fees was taken care of in the new Dodd-Frank financial reform bill. What’s the deal?

Vigeland: Yeah, you know, we thought a lot of things were fixed there but apparently checking accounts weren’t one of them. They’re way too confusing for so many consumers now. Do you know how many pages the average disclosure form is? Take a guess.

Vigeland: Try 69. Sixty-nine pages for a checking account, Jeremy. And that really gets consumers so confused that then they end up falling into overdraft territory — they don’t know how, they don’t know why. So this report is recommending that banks really simplify these disclosure forms, like they’ve done for many other things; now let’s do it for checking accounts.

Hobson: But I can hear the other side saying, ‘look, why should consumer banking be totally risk-free? Shouldn’t banks be able to charge people when they don’t have the money that they are trying to spend?’

Vigeland: And it’s a good point, and there’s all kinds of cases for personal responsibility here. But the banks, you know, they’re trying to come up with all kinds of fees because so many of those fees have been tamped down on recently. But there is a difference between making money for providing a service, and sneaking these fees in on people who don’t know that they’re coming. For example, if you cash checks out of chronological order, that pushes you into having to pay multiple overdraft charges. And people just don’t realize that this is happening.

Hobson: Well now we have the Consumer Financial Protection Bureau — are they going to do anything about this?

Vigeland: Well we called the agency up, they didn’t have any comment. But they have been looking at checking accounts for a while now, back in March. They asked for comments on checking accounts, and also on overdrafts from consumers. So if you have something to say, give them a holler. We know they’re compiling a bunch of data in advance of putting out some kind of report.