Kai Ryssdal: We came across an interesting SEC filing this week. A prospectus for Silicon Valley’s next hot tech stock offering, a company called Ponzify. I’m gonna let that sit there for a little bit. Yeah, not real. It was a satire in McSweeney’s that got some attention. Obviously, though, a legal document doesn’t work too well on the radio. So we asked the writer, John Flowers, to give us the fake sales pitch.

John Flowers: Forget Facebook. Forget Groupon. Forget everything you know about Silicon Valley. Because Ponzify isn’t like other tech companies. We don’t promise results. We show them to you, on a piece of paper, that has your name and a monetary figure that increases every month.

Our business model is simple: Attract users, advertisers, positive press and a corporate buyer; then, pull the cord on that golden parachute and have cable news book you as an expert on startups from time to time.

Users love our product because it’s something free. Venture Capitalists love it because they can imagine themselves talking about it at T.E.D. or on Charlie Rose. Trust us: Once you invest in Ponzify, you’ll have a difficult time investing your money anywhere else ever again.

Here is an overview of what we do. Ponzify is a solutions-oriented global technology leader that specializes in selling paper products. Apparently, just saying “mobile strategy” is enough of a mobile strategy. We tried selling our product to users but that failed miserably; so, we turned to an ad-driven model. The way it works is, we give away the product for free, then lure advertisers with the promise of connecting them to millions of people who hate to pay for things. Amazingly, it works.

Investing in Ponzify does involve significant risk. For instance, age factor. Our CEO, CFO, COO and a bunch of other acronyms were all born after Nirvana released “Nevermind.”

Now, we assume that the net proceeds from the sale of our Class A stocks will net us about $600 million. Also, we plan to pay the following celebrities to appear at our recklessly expensive 1st anniversary party: Leonard Nimoy, Don Rickles, The Rolling Stones, the entire U.S. women’s volleyball team and the entire cast of “Game of Thrones” (who will be asked to appear costumed and in character).

Now before we go, there are a few legal notes we are obliged to inform you of. The first is the indemnification of officers and directors at the company. Now, this thing was, like, the first thing we did. So don’t worry. And then there is the indebtedness of management. Management is fine. It’s the company you should be worried about. 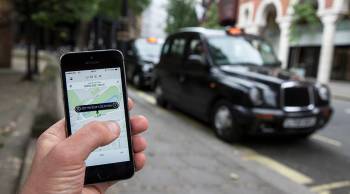 The Valley’s Problem with Empathy