Foursquare to focus on discovery

Foursquare to focus on discovery

Foursquare burst onto the scene by introducing a system where people check in to places and let the whole world know where they are and if they check in enough they can become “mayor”. When you stop to think about that system, it’s kind of completely pointless and shockingly narcissistic. Caught on for a while though it never really took the world by storm.

Today, Foursquare is expected to announce a refocusing, the site/app/whatever will be all about finding interesting things in the world rather than announcing your presence at those things. So pretty much Yelp.

But Foursquare must contend with the short attention span of mobile app users. Its efforts show how hard it can be nowadays for start-ups to sustain their early momentum and chart a course to mass-market success in such a rapidly changing industry.
“The nature of this game is that there is another idea or technology around the corner,” said Susan Etlinger, an analyst at the Altimeter Group who advises companies on how best to use technology. “Companies capture the public imagination. They become the center of attention. But it is very difficult to continue to offer an intriguing and valuable enough service for people.” 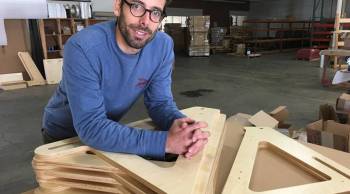