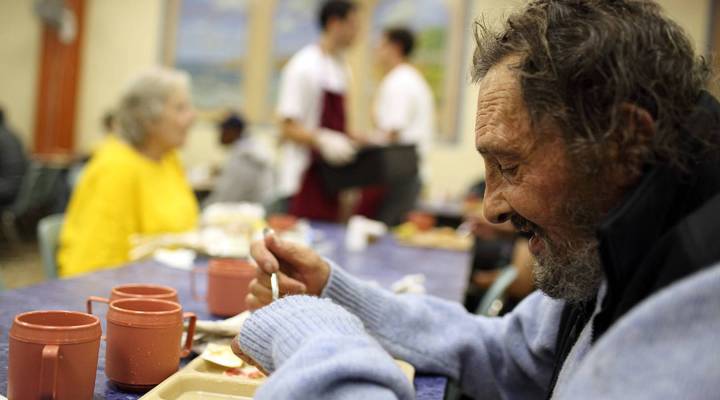 Here’s a staggering number: Almost 50 million people in this country live in poverty, some 16 percent of the population. And some six million people survive on food stamples only. That puts America, one of the richest nations in the world, on par with countries like Croatia, Jordan and Indonesia. Georgetown law professor Peter Edelman says it’s unacceptable. His new book is “So Rich, So Poor: Why It’s So Hard to End Poverty in America.”

“America and poverty are words that should not appear in the same sentence,” Edelman told Tess. “We’re the wealthiest country in the world, that we should have poverty at all is oxymoronic.”

Edelman recognizes that the rich-poor gap exists in other industrialized nations, like Japan, but none of them are as wide as the United States. The reason these other nations have a smaller gap is because there are jobs that pay enough for people.

He doesn’t deny the importance of personal choice to pull out of poverty, but he says it’s important to recognize that there are structural problems that make it very difficult for people to lift themselves up, like poor education for the children of the lowest-income brackets.

Listen to the audio above to hear Edelman’s perspective on poverty in America.