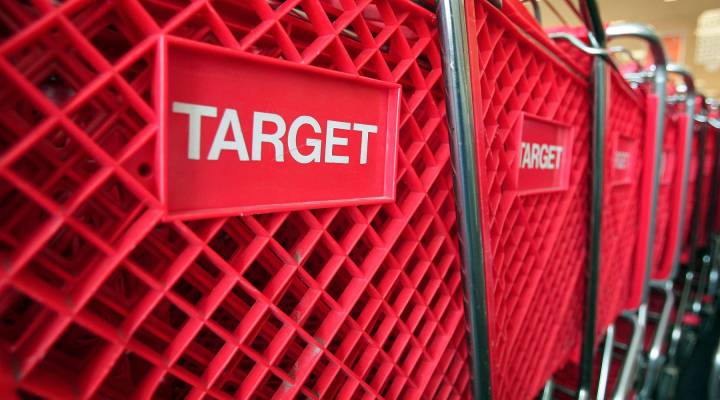 COPY
Target, two years since contributing to a politician opposed to gay marriage, is selling Pride T-shirts and passing the proceeds on to a pro-gay group. Scott Olson/Getty Images

Target, two years since contributing to a politician opposed to gay marriage, is selling Pride T-shirts and passing the proceeds on to a pro-gay group. Scott Olson/Getty Images
Listen Now

Jeremy Hobson: Target launched a new line of Gay Pride T-shirts. That’s an interesting move for the retailer – because it’s got a somewhat rocky history with the gay community.

That’s part of why these T-shirts are a smart move, says Tim Bennett is an ad executive who specializes in marketing to the gay community.

Bennett: I would have been more impressed if they had actually stocked all their stores with the shirts.

The shirts are only available online. Target told Marketplace the Internet is the best way to reach all of its consumers.

Tom Roth: This is actually the cutting edge.

Roth: We want to see that. We’re craving that. When Target does something like this, it makes a huge impression.

Target is selling the T-shirts through the end of June — coinciding with Gay Pride Month. It will donate up to $120,000 of the proceeds to a nonprofit that supports gay families.