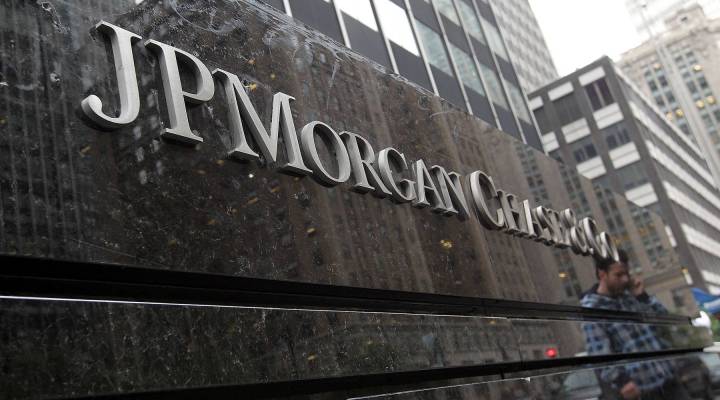 Tess Vigeland: Could things get any worse for JPMorgan? Well, yes, apparently so. That $2 billion loss it reported last week? Well at the time, CEO Jamie Dimon said that figure could grow by another billion dollars or so.

According to the New York Times, it took just a week to get there. How does one go about losing $1 billion in one week? We asked Marketplace’s Stacey Vanek Smith to check it out.

Stacey Vanek Smith: The only ones who can really explain how JPMorgan lost a billion dollars in a week? Work at JPMorgan, and they’re not talking. What we do know: JPMorgan is sitting on a lot of complex financial products, known as derivatives.

Those are losing value, says NYU economist Lawrence White. He says now they have to find a buyer and there aren’t exactly a ton of potential buyers.

Lawrence White: It takes at a minimum tens of millions of dollars to think about buying or selling in these kinds of markets.

Only big financial companies –hedge funds, investment banks — and they all know that JPMorgan needs to cut its losses. It’s a little bit like trying to sell a house in the middle of a housing crash, says Max Wolff, an economist at Greencrest Capital.

Wolff says JPMorgan probably wants to sell to get this whole episode behind it and other big banks would like this to go away, too.

Wolff: This is reopening the wound around 2008, 2009. This is a big deal because it reminds people that there’s a murky world of unknown and dangerous things on bank balance sheets.

Of course, JPMorgan could hold onto those assets and hope for the bond markets to recover. But asset manager Michael Farr says, waiting could lead to more losses.

Michael Farr: Maybe this thing is better solved tearing off the band aid all at once than the slow tug.