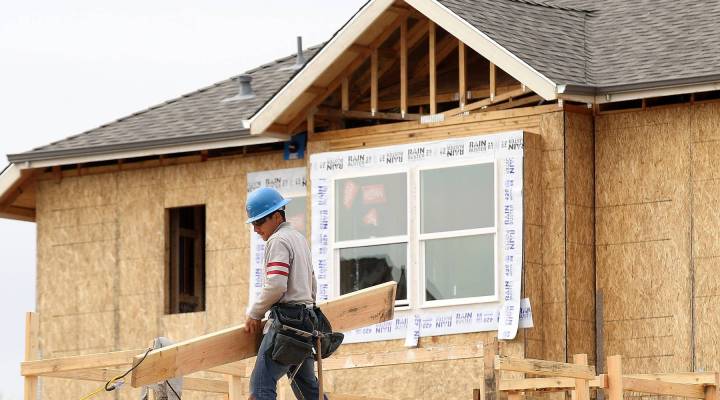 The Fed said this morning that industrial production in the U.S. grew 1.1 percent last month thanks in part to a rebound in automobile manufacturing. That’s twice the rate economists were expecting.

We learned this morning that more people started construction on new homes last month. Housing starts were up 2.6 percent. Compared with last April, home construction was up almost 30 percent.

The Farm equipment maker Deere and Company says it made a billion dollar profit last quarter. The company says the high cost
of commodities around the world is giving farmers more money to buy tractors and the like.

To St. Louis where someone dropped off a box of old Christmas stuff at Goodwill and accidentally left almost $15,000 cash inside. Goodwill turned to the public for help and boy did people respond. According to the St. Louis Post Dispatch, at least 15 people say they mistakenly donated the money.

When that whale of a trader at JP Morgan orchestrated those ill-fated bets, who was on the other side of those massive trades? Lots of people, but according to the New York Post, maybe one in particular. His name is Boaz Weinstein, a 38-year-old accomplished chess and poker player now at Saba Capital Management. The Post says Weinstein bought a pile of corporate bonds, helping to drive up their price. It was this same basket of bonds that JP Morgan’s guy had bet would instead sink in value. Weinstein used to be the ace trader at Deutsche Bank until he got the blame for a nearly two billion dollar loss there.