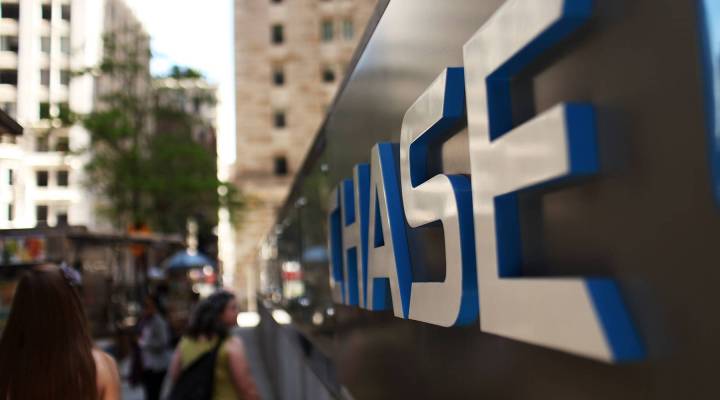 A Chase sign is viewed at the company's New York headquarters in New York City. Big bets on an obscure index lay at the heart of JPMorgan's losses this week. Sr. Producer Paddy Hirsch explains how an index of CDS works. Spencer Platt/Getty Images
Marketplace Whiteboard®

A Chase sign is viewed at the company's New York headquarters in New York City. Big bets on an obscure index lay at the heart of JPMorgan's losses this week. Sr. Producer Paddy Hirsch explains how an index of CDS works. Spencer Platt/Getty Images

Marketplace New York bureau chief Heidi Moore has the ultimate explainer on how JPMorgan got egg on its face this week. Part of the devilishly complicated equation that led to the bank’s $2 billion in losses was the poorly conceived use of an index of credit default swaps (CDS).

An index of financial weapons of mass destruction???! Has your head just exploded? If so, I apologize. But allow me to explain just what an index of CDS is.

And index is a pretty simple thing — it’s just a record of how a basket of securities performs over time. If that’s too obscure for you, try this: imagine a basket filled with goods. They’re the same items you get at the supermarket every week — a dozen eggs, pint of milk, pound of kale, six pack of Guinness (OK, TMI). Every week you get the same 10 things, but every week, because of certain variables, they add up to a different amount. Divide that amount by 10 and you get an average. Now plot that average over time on a graph. Voila — your own personal grocery index.

You can put anything in that basket — a certain 30 stocks for example, gives you the Dow Jones Industrial Average. You can put a bunch of bonds in there. And you can put credit default swaps. CDS are insurance policies, protecting against the default on a company’s debt. And the cost of those policies varies from day to day. So you can pop 120 of them into a basket, do your math, and get an average.

Once you have that average, you can make bets on which way it’s going to move. And traders do this all the time. They wager on the direction of the Dow, futures indices, currencies, bonds -– anything and everything. The JPMorgan trader did exactly that, in spades. He made big bets that the CDS index would go one way, but it went the other. And he lost a lot of money as a result.