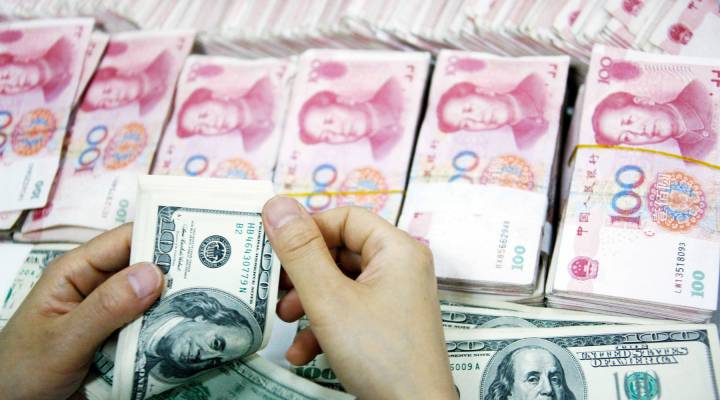 Fed gives OK for 3 Chinese banks to expand in U.S.

Fed gives OK for 3 Chinese banks to expand in U.S.

Stacey Vanek Smith: Speaking of China, the Federal Reserve has approved the plans of three state-backed Chinese banks to expand into the U.S. Chinese banks have been trying to get a foothold here for years, but have mostly been blocked. Jerry Comizio chairs global banking at Paul Hastings. He joins us now. Good morning, Jerry.

Jerry Comizio: Good morning Stacey, how are you doing?

Vanek Smith: Fine, thank you. So how significant is this green light from the Federal Reserve?

Comizio: Oh Stacey, I think it’s a very important development for both Chinese financial services and U.S. financial services, as well as the economy as a whole and other countries. Basically what you have here is the potentiality for literally four of the world’s largest banks are Chinese banks, essentially having the opportunity to be able to expand their operations into the many, many countries that do follow these international banking standards — that includes places like Europe and certainly other parts of Asia.

Vanek Smith: Should U.S. banks be worried about this development?

Comizio: I think clearly the good news for American financial institutions is that there’s bee na process of China opening up its financial services institutions to American investment. And a number of of large financial institutions have made foothold investments in Chinese financial institutions, including some of the banks that have been given permission by the Fed yesterday to enter the U.S. markets. The flip side of that equation is new competition is always a challenge and I think U.S. institutions will have to take a close look at what the nature of the expanding business activities of these Chinese banks will be in the United States because they can and will potentially be formidable competitors.

Comizio: Yeah. Enough to understand the consequences and conduct a business strategy and plan to take that into account.

Comizio: Oh Stacey, thank you. Very nice talking to you.