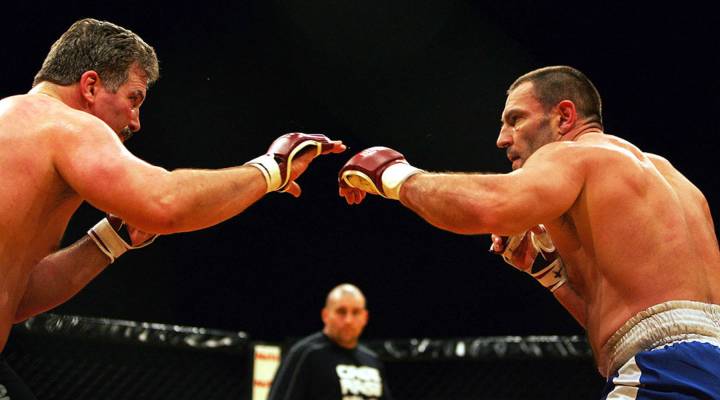 COPY
Author Joel Stein said that Wall Street men represent the "deconstruction" side of masculinity (the other side being "construction). Daniel Berehulak/Getty Images

Author Joel Stein said that Wall Street men represent the "deconstruction" side of masculinity (the other side being "construction). Daniel Berehulak/Getty Images
Listen Now

From the finances of the manliest among us to, well, the rest. Though he feels comfortable wondering aloud if he would be a better Girl Scout than a Boy Scout, author Joel Stein went on a quest for manliness. His “manjourney,” as he dubbed it, saw him enroll in a three-day Marine boot camp, work as an L.A. firefighter for a day and even get in the ring with a UFC Hall of Famer. Stein documents those adventures in his new book “Man Made: A Stupid Quest for Masculinity.”

During this experiment, he dipped his toe into the testosterone-driven world of Wall Street too. He convinced a day trader to give him $100,000 to play with for a day. Stein said that Wall Street men, to him, represent the other side of masculinity: Deconstruction. But the day-trading showed him that taking some risks can be beneficial — and isn’t manliness all about risk taking?

“If you can distance yourself from the manly men and let them duke it out and just get the gains — like with an index fund — then you’re way ahead,” he said. “Because you’re just exploiting their fight. but you don’t want to get involved in their fight; all downsides.”

Stein said he hopes his son becomes financially responsible like him, but that he’d be more risky — perhaps even go bond-less!

Listen to the full interview by clicking on the audio player above.