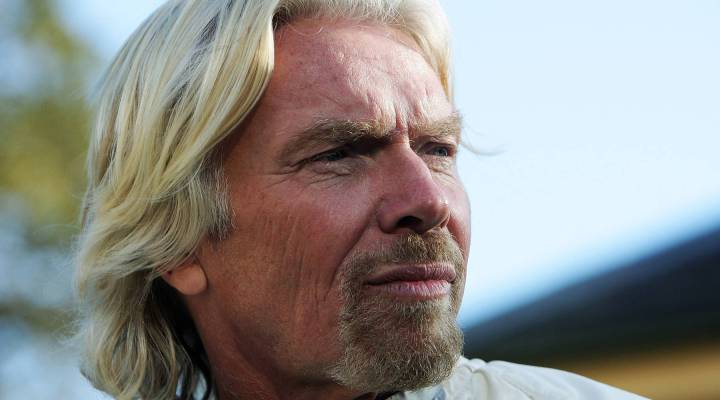 PODCAST: Richard Branson on business, a preview of Timothy Geithner on the economy

PODCAST: Richard Branson on business, a preview of Timothy Geithner on the economy

My colleague Kai Ryssdal sat down with Treasury Secretary Tim Geithner on Thursday in San Francisco. They talked about a lot of different issues facing the US economy. Among them – new troubles in Europe. Kai and Secretary also talked about China. Secretary of State Hillary Rodham Clinton and Geithner are bound for Beijing next week.  Ahead of the meeting, Geithner welcomed the recent move by China to let the value of its currency float within a wider range but said the yuan should be allowed to go up more against the dollar. That would make Chinese goods more expensive to sell in the US and American goods easier to sell there.

The official reading on US economic growth for the first three months of the year is just out…verdict, GDP expanded at a 2 point 2 percent annual rate. That’s slower than we ended last year and was below forecasts. But that report also showed consumer spending went up… and S&P futures suggest the US stock market will open up this morning.

Spain’s credit rating has been downgraded again by Standard and Poors. And new figures show the country’s unemployment rate is now 24 percent.

Chevron says profits rose 4.2 percent in the first quarter as it sold oil for higher prices. The big news about company profits has been spelled A-P-P-L-E for a good part of the week.  But don’t forget Samsung, which reported record profits of its own today.  Samsung makes a lot of things but its smartphones are doing especially well.

Did you know Google has created a device that let’s you text, talk on the cellphone, apply make-up and play Sodoku all while you drive to work?  I’m talking about that self-driving car they’ve been testing. The market research company J.D. Powers has been asking drivers about their interest in paying for self-driving technology…like radars that keep you automatically separated from the car in front of you or the system that practically parallel parks the car by itself.  About  a third of consumers would be willing to pay 3000 dollars extra for that kind of technology. PS.  For the first time, Transportation Secretary Ray LaHood called for a federal law to ban cell phones and texting while driving.  He calls it a quote “national epidemic.”