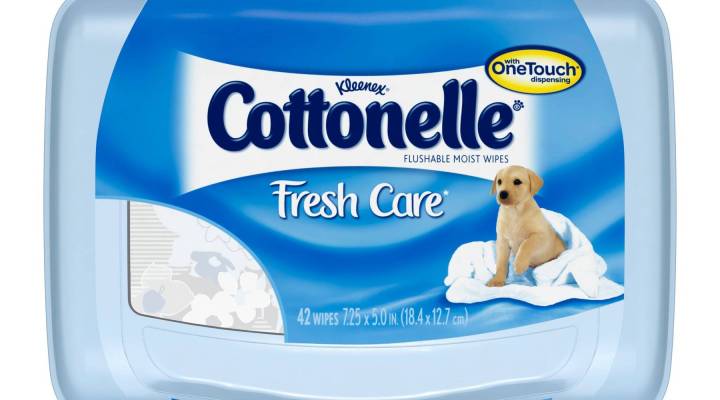 Kai Ryssdal: Here’s a marketing conundrum for everybody’s inner CEO. Your consumer products company has a new item, something that’s not part of most people’s personal care routine. So first, you have to tell people what this new product is and what it does. Then you have to convince people they need it — even though it’s a little bit…embarrassing.

Stacey Vanek Smith: OK, I’m just going to get this over with. Cottonelle Fresh Care is basically a baby wipe for adults. Consumer products giant Kimberly-Clark is trying to get customers to use these wet wipes in tandem with regular toilet paper. Kind of a one-two approach. This isn’t easy to advertise.

Fresh Care ad: I say this, and this is called Southern hospitality. Well, I call it the clean getaway.

William Ward: It is kind of an awkward subject.

William Ward is a social media professor at Syracuse University. He says to handle the ick factor, Cottonelle is holding a contest on Facebook to give a name to the routine. So far, suggestions range from Tush-ease to the Two-handed Tango. Ward says the contest is a smart move.

Ward: Somebody has a silly name they come up for it and they share it to those friends. Now you’ve just reached a new audience.

Billy Hulkower is a media analyst with Mintel.

Billy Hulkower: Bathroom humor is enormously appealing. Maybe that’s a better tactic than trying to explain why to use it in the first place.

Right now wet wipes account for about 3 percent of toilet paper sales in the U.S. And if Cottonelle can get people to double up on their TP purchases, it could do wonders for its bottom line.