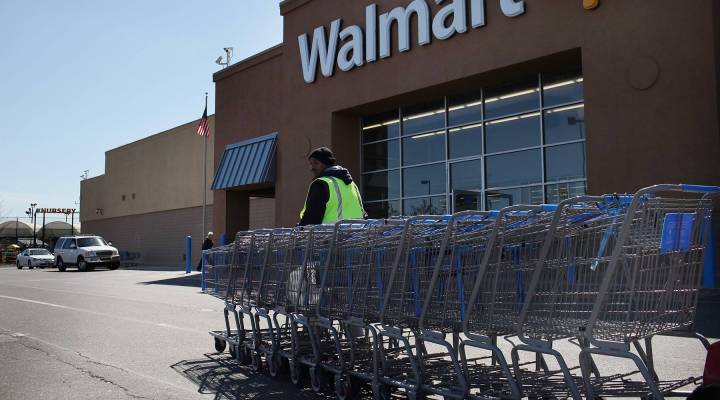 We’ll be watching Wal-Mart stock today after the New York Times reported this weekend that senior Wal-Mart officials kept quiet for years about an internal probe into evidence its Mexican operation paid tens of millions of dollars in bribes.

Socialist Francois Holland had a strong showing in the initial round of presidential elections in France.  And there’s trouble passing budget cuts in the Netherlands. Does this mean northern Europe won’t be clamping down on its budgets quite as hard as promised amid the Euro crisis?

A survey out today of people who do the ordering at factories in China suggests the economic slowdown there may have bottom out. But a similar survey in Germany released this morning shows a sharp drop in enthusiasm and activity at factories there. While German leaders promote austerity in Southern Europe, the problem is that deep austerity means Southern Europe can’t buy so many Germany exports. It was the biggest drop for this index since 2009.

ConocoPhillips reported a drop in quarterly profit as asset sales and the shutdown of its operations in China after an oil leak there trimmed its oil output.

Remember Scrooge McDuck, swimming through his private vault of gold coins? Well a guy named Matt Powers at the website The Billfold spent the time calculating just how much gold is in that vault… If the gold is about 5 feet deep  — and the average duck is 14 inches tall — he writes, then Scrooge has between $31 and $210 billion.

When I speak, who really listens?  But that’s because my name isn’t E.F. Hutton.  The Wall Street Journal reports today that name is coming back from the dead in the form of a boutique financial advisory group to be run by a former E.F. Hutton guy.  If you look at a corporate geneology, most of the old firm is now part of Citigroup. E.F. Hutton use to run TV ads all the time suggesting their whispered investment info was so awesome that whole rooms, if not stadiums, would go silent as people pricked up their ears to listen in.