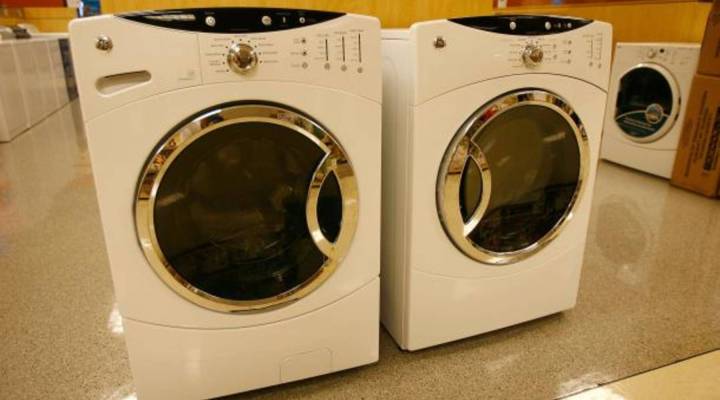 PODCAST: GE earnings, a possible US Airways merger, and a fight in the northern states

PODCAST: GE earnings, a possible US Airways merger, and a fight in the northern states

McDonalds said today its profits were up 7 percent last quarter — thanks to a 9 percent rise in U.S. restaurant sales and a 5 percent boost in Europe.

We’re also learning that General Electric profits are down 11 percent. GE had to pay a lot of money to extricate itself from the wasteland formerly known as Ireland’s mortgage business. But, the company is selling a lot of jet engines and analysts are generally pleased by its quarterly performance.

Kimberly-Clark posted a higher quarterly profit as the maker of Kleenex tissues and Huggies diapers trimmed costs to deal with some weakness in the United States.

There’s word from Washington that the International Monetary Fund today will come up with a huge financial war chest to fight economic crises around the world.  Big emerging markets are expected to also kick in billions.

Another political and financial scandal in China. A 30 year old woman in China will not be put to death for ripping off investors to the tune of $60 million. Wu Ying started with a nail salon.  According the Wall Street Journal, she rose to become one of China’s richest women.  Today China’s Supreme People’s Court blocked a 2009 death sentence for the financial fraud. But the court said the damaged caused was “extremely serious.” A lower court will now decide on what a new punishment.

A fascinating study from the Pew Research Center shows that about two-thirds of women age 18 to 34 in the US put a high-paying career among their top life goals.  That’s up sharply over the last 15 years. A smaller percentage of men are going for the high-paid career: 59 percent.  Experts suggest some of this stems from so many women having the prime earning responsibilities in modern families.

But first to Washington, where the Republican-controlled House has passed a $46 billion tax cut for most of America’s employers that supporters knew was doomed never to make it into law. Republicans had said it would help small businesses.  Democrats said it was a new perk for wealthy taxpayers and the president has threatened a veto.

One week to the day after I finally dumped our collection of vinyl records, there’s news that 4/21-tomorrow–is Record Store Day.  It’s a celebration and marketing opportunity for independent record stores across the country and around the world.  It’s the brain child of Chris Brown the man behind Bull Moose records in Portland, Maine. I have to point out, though… when you go to recordstoreday.com there is a prominent link to a guide to the events that you can download from… Apple, the creator of that record store-destruction-device known as iTunes.

To a hot controversy between two of the coldest states in the country. Minnesota and North Dakota. Minnesota lawmakers wanted to borrow $221 million to renovate the state capitol building. And to make the case, Republican House Majority Leader Matt Dean said, “Has anyone seen North Dakota’s capitol? It’s like state farm insurance called, they want their office building back. I mean, it’s terrible. It’s embarrassing.”  Well the Governor of North Dakota responded by saying his state capitol building is one of the most pleasing in the United States. By the way, the bill to borrow money for renovations in Minnesota failed…80 to 50.