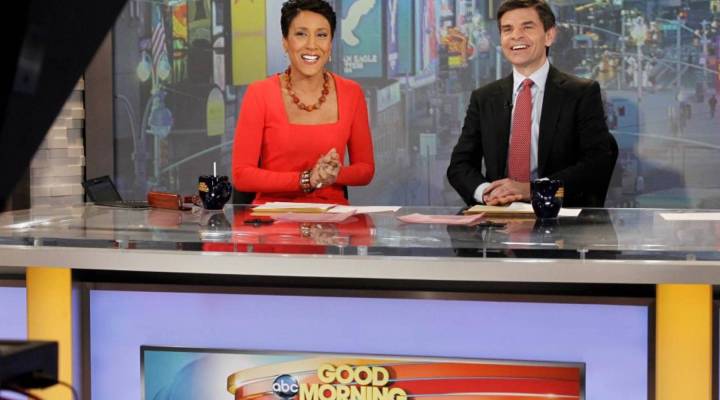 Kai Ryssdal: The morning news is the news today. The streak is officially over. The “Today” show on NBC has owned the 7 a.m. to 9 a.m. hours since 1995. But then last week, “GMA” pipped the “Today” show by 31,000 viewers. A modest margin, to be sure, but more than enough for bragging rights. And money. A whole lot of money. Morning news shows are among network television’s last reliable cash cows.

Stacey Vanek Smith: It has dominated the breakfast hour every week for 852 weeks.

Clip: From NBC News, this is “Today.”

Until last week, when more people tuned in to:

Clip: This is “Good Morning America.”

The 16-year streak is broken. How much does it matter? A lot, says Bill Carroll, vice president of Katz Television Group.

Bill Carroll: The morning shows are the most important profit centers for the networks.

The “Today” show reportedly brought in more than $480 million in revenue for NBC last year. “Good Morning America” was second at nearly $300 million.

Jeff Jarvis: I saw this coming a year and a half ago when my wife gave up on the “Today” show and swtiched to “GMA.”

Jeff Jarvis is a journalism professor at the City University of New York. He thinks the “Today” show has lost its lead because it’s gone in a lighter direction, while “Good Morning America” has gotten a bit newsier. Jarvis says the win is all the more important because networks have been losing so many traditional profit centers.

Jarvis: Consider the death of the soap opera. Consider the shrinking audience of primetime, which was the old gold mine of network TV.

Carroll says it remains to be seen if “Good Morning America” can hold its lead. He notes “Today” show host Matt Lauer was away last week.