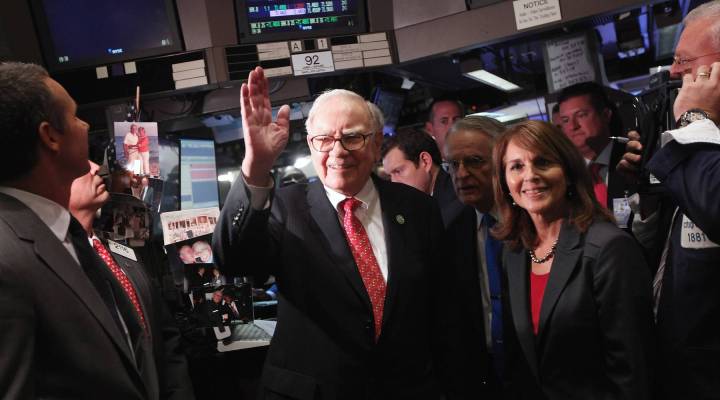 BP and a team of plaintiffs’ attorneys have presented a federal judge with the details of a proposed class-action settlement designed to resolve billions of dollars in economic damage claims spawned by the 2010 oil spill in the Gulf of Mexico.

Citigroup stock is down 0.4 percent after shareholders, in an advisory vote, said no dice to a hefty pay package for executives. Including a $15 million salary for Citigroup’s CEO.

Billionaire investor Warren Buffet has announced he has prostate cancer. The 81-year-old Buffett told shareholders in a letter that the cancer is in its early stages and treatable. Buffett will continue to head up Berkshire Hathaway.

Volkswagen is making a play for Italian motorcycle maker Ducati. Word is, VW will pay about a billion dollars.

IKEA is getting wired. The company just unveiled The UPPLEVA, a flat screen TV. It includes a DVD player, iPod dock, Wi-fi and storage. It costs $950. Not a bad deal — long as you can figure how to put it together.

This from the Marketplace “something else you didn’t know you needed” file: A new cable-TV channel for dogs. Not dog lovers — it’s really programmed for dogs, with video shot from a dog’s point of view,  and even altered colors to catch a dog’s eyesight. It’s being tested around San Diego, and soon, aims to go national —  both cable and online streaming, for a small fee. It’s supposed to help pets stuck inside with separation anxiety. Skeptical? Well, programmers have posted a YouTube clip with a local humane society official, Sally Costello, reporting an improvement in shelter dogs exposed to the channel.