During the 30 second ad before your Hulu video starts, you could pin a picture to your Pinterest board, update your Facebook status with what you’re about to watch, check for likes on your latest Instagram, then get ready to live-Tweet the show. Distracted or productive? That probably depends on which side of the digital divide you shake out into. A new report shows that twentysomethings (aka digital natives) switch media 27 times per hour when not at work. You know where I think they’re doing most of that media switching? MY LAWN! I can tell you those loafers aren’t going “work” while they trample my petunias. And they’re certainly not busying themselves getting a haircut.
The study is far from definitive due to its small number of participants (30), but it could still be a wakeup call to advertisers on how next to market to our jump-cut sensibilities.

The study’s findings mean “the [creative] bar is set higher” for advertisers, said Innerscope Research CEO Carl Marci. “I’d be most alarmed about the challenging act of capturing the attention and emotional response of my target audience, because it’s almost like going from shooting fish in a barrel to little minnows,” he said.

Congratulations! We’ve all just been demoted from fish to minnows. 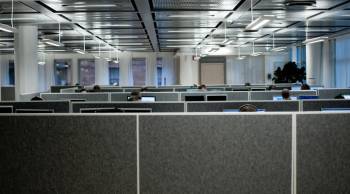 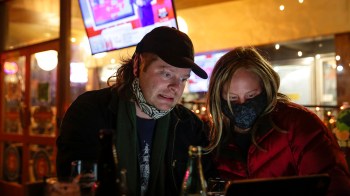