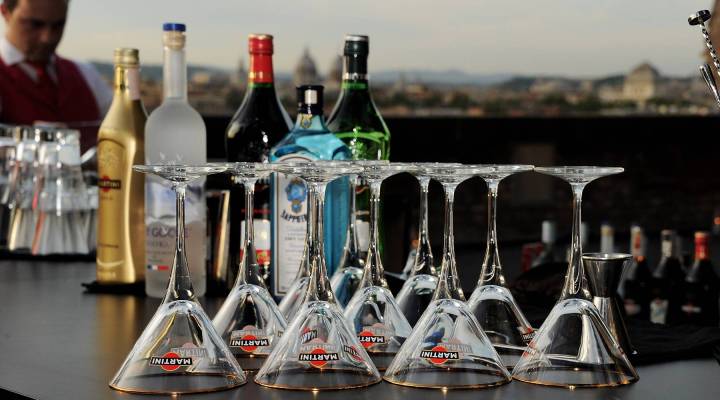 COPY
The end of "shaken, not stirred?" Reports are out that James Bond will sip a Heineken beer in the latest movie. Dave M. Benett/Getty Images for Martini
Mid-day Update

The end of "shaken, not stirred?" Reports are out that James Bond will sip a Heineken beer in the latest movie. Dave M. Benett/Getty Images for Martini
Listen Now

European Central Bank head Mario Draghi says a weak European economy has held back businesses from applying for loans despite the abundant cash made available by the central bank’s massive amounts of cheap credit to lenders.

Burger King is getting ready to go public again. The fast food giant said it plans to start selling shares again in a couple of month. BK has sold stock in the past but was taken private in 2010.

Some good news from the US economy… The private sector added 209,000 jobs in March according to payroll processing firm ADP. That is down from the 215,000 jobs added in February.

Yesterday the Federal Reserve signaled it might not pump more money into the U.S. economy. The possibility of a stop to stimulus in this country is being felt around the world today…

To Bond. James Bond. Now we all know what he likes to drink. Martini – shaken not stirred. Well maybe not anymore. According to Advertising Age… James Bond will be tossing back a Heineken in his next movie. Just hope he doesn’t shake the Heineken – that would not be good.

Angry Birds – the wildly-popular video game is going to be made into a cartoon later this year. Or cartoon-ette. The show’s episodes will only be 3 minutes long, they’ll have no dialogue and consist of angry birds being catapulted into space. That idea’s so compelling, there’s a film deal too