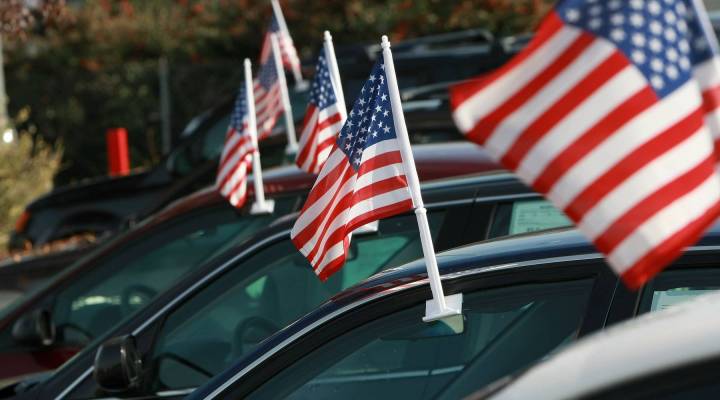 Car sales for March are coming out this morning. So far, it looks like the strongest month in four years for the auto industry. Chrysler reported sales up 34 percent from last year. And General Motors says it is selling more fuel efficient cars than ever.

Shares of French gas company Total are down this morning. A leaking oil rig in the North Sea is costing Total more than $2 million a day.

Shares of News Corp are off, that after James Murdoch, son of founder Rupert Murdoch, stepped down from UK pay-TV company British Sky Broadcasting Group.  It’s the latest turn of events in the voicemail scandal that has rocked the company.

Spain’s unemployment rate is up. It surged for the 8th straight month to 23.6 percent in February. That’s the worst in the European Union. And half of all young Spaniards don’t have a job.

Frontier Airlines is doing away with free warm chocolate chip cookies for passengers. Sad, I know – but listen to how the airline described the move: “We’ve been in an ongoing review of our catering program and are looking to make some new and exciting changes in the coming months. During that review, it was determined that the cookie did not align with either the perception or the financial reality of a low-cost carrier.” Geez – this is a cookie we’re talking about, right?

To the Greek Island of Zakynthos, where almost 2 percent of residents claimed a government benefit for blindness. That’s about 9 times the prevalence of blindness in other European Countries. Seems a little fishy, and the Greek Health Ministry is investigating. The Wall Street Journal already did – and reported that two of the people claiming the blindness benefit are a bird hunter and a taxi driver.