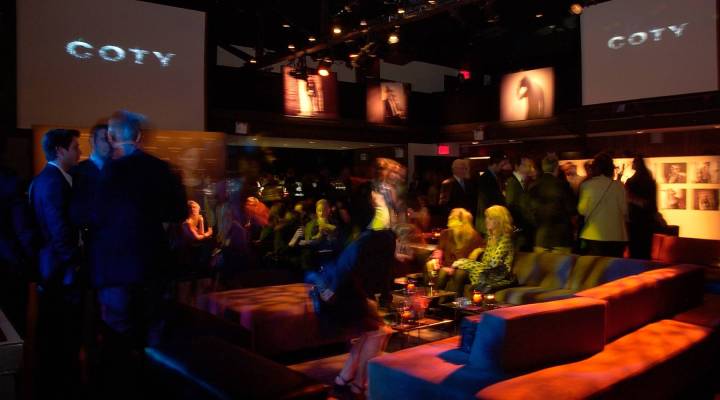 COPY
General atmosphere during Tim McGraw's launch of his new fragrance 'McGraw' with Coty and performs with his band at the Highline Ballroom on April 29, 2008 in New York City. Coty has tried to offer Avon a deal to take over the company, but Avon has refused thus far. Joe Corrigan/Getty Images
Mid-day Update

General atmosphere during Tim McGraw's launch of his new fragrance 'McGraw' with Coty and performs with his band at the Highline Ballroom on April 29, 2008 in New York City. Coty has tried to offer Avon a deal to take over the company, but Avon has refused thus far. Joe Corrigan/Getty Images
Listen Now

U.S. construction spending fell in February, its biggest drop in 7 months. That was partly because of a drop-off in investment in government projects.

The beauty and fragrance company Coty wants to buy rival Avon for about $10 billion. It made the offer public this morning after unsuccessful private offers.

The nation’s largest manager of pharmacy benefit plans is getting even larger. Express Scripts just announced a merger with Medco. The combined company will serve 135 million Americans.

Visa has dropped card processor Global Payments after a big data breach on Friday that compromised the credit card information of more than a million cardholders.

More Americans are going to be sticking around the U.S. for vacations this summer – according to the travel website Kayak. Searches on Kayak for flights to L.A. jumped 20 percent in January. While searches for flights to London dropped 40 percent.

The company that makes Turbo Tax has come out with a list of the cities that procrastinate on their taxes the most. Portland, Oregon is number 10. Minneapolis is number 7. Washington, D.C. residents are the third biggest procrastinators — though maybe that’s because their taxes don’t buy them any representation in Congress. Number one is San Francisco: What’s their excuse?

Need a way to shake up your lunch break? How about: Disco Lunch. A company called Lunch Beat started the trend in Sweden, and it’s spread to other European Cities. People show up on their lunch break dance for a few minutes and grab a sandwich. A ticket costs about $14. The money goes to charity. And there is only one rule at Lunch Beat: No wall flowers everybody has to dance.