Stacey Vanek Smith: Mitt Romney scored a big win in the Illinois Republican primary last night, and the victory speech was all about jobs.

Mitt Romney: Three years of Barack Obama have brought us fewer jobs, and shrinking paychecks. But many of us believe we are in danger of losing something greater than the value of our homes or our 401ks.

The economy is a key factor in this election, as is income inquality — and that’s the topic of our Wealth and Poverty coverage today. We sent Mitchell Hartman to the factory town of Rockford, Ill.

Mitchell Hartman: My visit to Rockford took a detour: To Peoria, and the state boys’ basketball championships, where one of Rockford’s high schools made it all the way to the final four — first time since the 70s.

Haley Boyer: We’re all over Forbes.

The magazine just ranked Rockford ninth most miserable city for crime and unemployment.

Boyer: But it’s nice to get some positive press, because there’s a lot of great things that happen in our city.

Including, the Rockford team took third place. City officials have been celebrating a win on jobs. The nearby Chrysler plant, which shut down during the bankruptcy and reopened after the bailout, is hiring 1,800 more workers.

Mary Bingenheimer: The Republicans, how they say they wouldn’t have helped us? You know, it did help the auto industry, but not only that, it has helped all the little shops, the stores, the gas stations. We are walking stimulus packages.

Problem is, unemployment here’s still at 12.5 percent. Skilled manufacturing workers are in demand. But that’s not helping the people I met at the Illinois workforce center.

Michael Phelps lost his $16-an-hour job designing ads at the local newspaper. The work went overseas. His wife’s job as a grocery clerk pays the bills right now. He doesn’t feel much economic stimulus from the Democrats. And the other guys?

Michael Phelps: None of them are offering anything that gives any kind of hope.

Phelps is an independent; voted for McCain. He says Rick Santorum is at least paying attention to the decline in manufacturing.

Phelps: You know, growing up here in Rockford, from what this town used to be — nuts and bolts, to textiles, to aerospace — and that is just completely lost now. I don’t know how you stop it, but it really needs to be done. 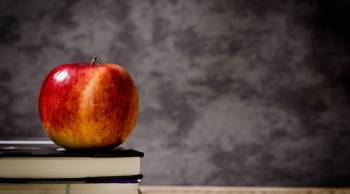