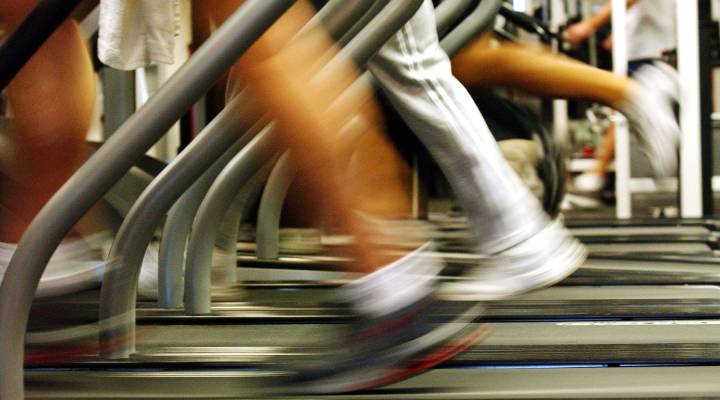 Want to save more money? Go to the gym.

That somewhat unconventional advice comes from Charles Duhigg, a New York Times reporter and the author of “The Power of Habit: Why We Do What We Do in Life and Business.” Duhigg says habits are triggered by one of five causes: specific places, specific times of day, certain emotions, the presence of certain people, or a preceding action.

“We’ve learned about this thing, the habit loop,” says Duhigg. “Every habit has three parts: a cue, a routine, and a reward. Your brain really stops functioning as a habit unfolds, which means we can have smaller brains and still have mental space to think aobut inventing fire or aircraft carriers or video games. But it also means that that’s why these patterns feel so uncontrolable… You actually stop thinking when you’re doing a habit.”

Duhigg talks about “keystone habits” which can cause a habitual change reaction and bring about serious change in someone’s life. Scientists have even identified some keystone habits that can have effects on our financial habits. Exercise happens to be one of these. People who start exercising start eating better, he says. And researchers have also found that people who start exercising use their credit cards less.

“Figure out what your keystone habits are,” says Duhigg, “and your credit card will stay in your pocket.”

Note: The audio found here is an extended version of the interview found on the podcast.