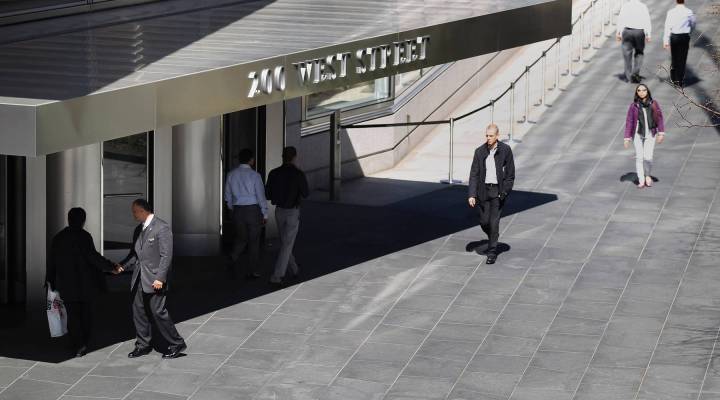 The government said the number of people applying for unemployment benefits dropped last week by 14,000 to 351,000. That’s a four-year low.

Prices at the wholesale level jumped by 4 tenths percent in February —  the most in 5 months — thanks to an increase in energy costs.

Well now to a story that’s getting a lot of attention this morning. A respected analyst at JP Morgan in Hong Kong says China’s economy is already experiencing a quote “hard landing.” And of course a slowdown in China could have big implications for our economy.

As the trading day dawns in the U.S. — note that it’s been seven down days in a row for 10 year treasury bonds. The yield is up  at 2.3 percent amid signs the economy’s getting better.

To Austin, Texas, where a weatherman named Albert Ramon stopped by a fourth grade classroom to talk about his job. And his lecture was so riveting that a student wrote him a thank-you note of epic proportions.

Know how packages at the grocery keep getting smaller and sold at the same price?  It appears one of the airlines is doing that with the planet Earth.

And some reaction in financial media now to the big story on Wall Street this week: Greg Smith, the Goldman Sachs guy, who spectacularly quit his job with a poison pen column in the New York Times. Smith believes Goldman’s culture has gone bad, exploits customers, and calls them “muppets.” Today Wall Street Journal columnist David Weidner called Smith “self-righteous,” writing, quote, “When all is said and done in the global economy, customers have always been and will always be ‘muppets.'”