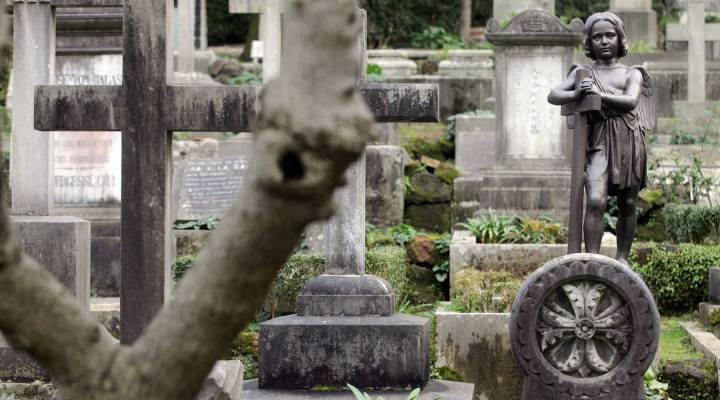 Giulio Cesare Fava has forbidden his residents to die, "because the cemetery is running out of room." Here, a non-Catholic cemetery in Rome. GIULIO NAPOLITANO/AFP/Getty Images
Final Note

Giulio Cesare Fava has forbidden his residents to die, "because the cemetery is running out of room." Here, a non-Catholic cemetery in Rome. GIULIO NAPOLITANO/AFP/Getty Images

And this final note. If nothing in this world is certain but death and taxes, then the mayor of a town north of Naples, Italy, had better ban taxes — because he’s already banned death.

Giulio Cesare Fava resides over a hamlet of 4,000 citizens, and told them about a week and a half ago that it is “Forbidden for residents to go beyond the boundaries of earthly life and to go into to the afterlife because the cemetery is running out of room.” An expansion had been planned but, to again quote the mayor, “There are no more riches available.”

So far two residents have defied the order, to no legal consequence.