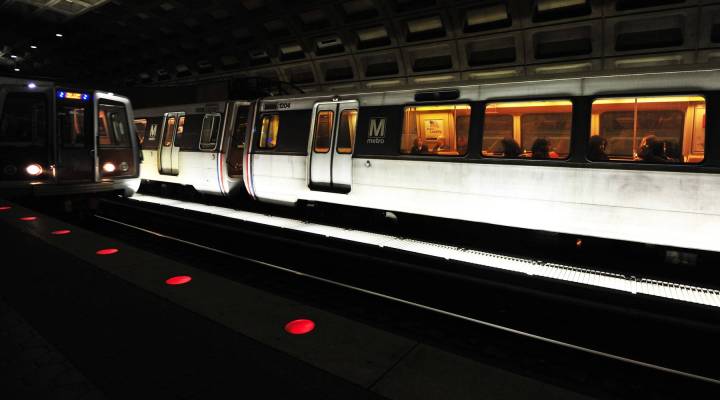 COPY
Commuters ride in a metro train in Washington, DC, on February 7, 2011. Public transit usage is on the rise in the U.S. JEWEL SAMAD/AFP/Getty Images
Mid-day Update

Commuters ride in a metro train in Washington, DC, on February 7, 2011. Public transit usage is on the rise in the U.S. JEWEL SAMAD/AFP/Getty Images
Listen Now

Today the Bank of Japan is holding a meeting – to talk about monetary policy for the third largest economy in the world. And for the first time in a while, officials in Japan can see the light at the end of the tunnel.

Today, the government is expected to officially file its $25 billion settlement with the nation’s banks over foreclosure problems.

U.S. safety regulators have opened an investigation into an estimated 360,000 Ford Taurus sedans for a potential problem with the throttle getting stuck in an open position.

Ridership on the nation’s transit systems last year was up 2.3 percent according to the American Public Transportation Association

Also up – borrowing costs in Portugal, where interest rates are around 14 percent on ten-year loans.

And this will sound like a business report in a William Gibson sci-fi novel, but among stocks that could have a big day…Youku.com, the online video company based in China. It’s buying Tudou, which does pretty much the same thing, for about a billion dollars.

Is this cool or does this have a  creepy “Bladerunner” or” Minority Report” feel?  At SXSW — the yearly festival of interactive media in Austin – they’re turning homeless people into internet connections. People from a local homeless shelter can sign up to wear a wireless device that makes them a WI-FI hotspot in return for a donation via Paypal.   It’s an update on homeless people getting entrepreneurial by selling newspapers, says BBH Labs, the outfit behind the effort. The twitter has been critical.  “Dehumanizing, offensive” ran one representative Tweet.