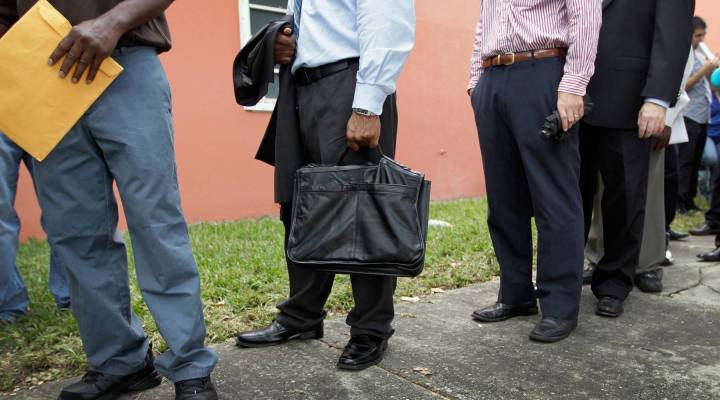 Unemployment rate stable at 8.3% in February

Unemployment rate stable at 8.3% in February

Stacey Vanek Smith: Just a few minutes ago, we got some good news on the job front. The jobless rate in the U.S. held steady at 8.3 percent and the U.S. economy added 227,000 jobs in February. It was also stronger than we thought in December and January.

Brett Barker is a portfolio manager at TCW. He joins us live to talk about this. Good morning, Brett.

Smith: So Brett, what do you make of these numbers?

Barker: A very strong numbers, across the board, as you stated. I think it’s a very positive sign for the economy. As you mentioned, back-month employment was revised higher. One thing we look at is temporary help, which is usually a leading indicator — it was also up. Government layoffs were also down. Usually, traditionally in the past few months, government’s been a big contributor to layoffs. And actually, this month it was almost flat. So again, a very positive number across the board.

Smith: So Brett, tell me — if this number’s so strong and we’re adding so many jobs, why is it that the unemployment rate isn’t going down? Why is it the same as it was last month?

Smith: So people who had given up are coming back into the labor force.

Barker: And they’re finding jobs, which is even better.

Smith: So we’ve had a couple of months of good jobs news, now — is the economy coming back? Are we starting to turn around at this point?

Barker: We remain very cautious; we think it’s too soon to take a victory lap on this. We saw these kind of numbers last spring as well, with above 200,000 on non-farm payroll. And yet, you had the uprising in Libya; the earthquake in Japan. And by the second half of the year we had more growth scares, and labor growth fell off. So again, we’re cautiously optimistic, but we think we need to see a few more of these before we start getting some real confirmation that growth is self-sustaining in the economy.