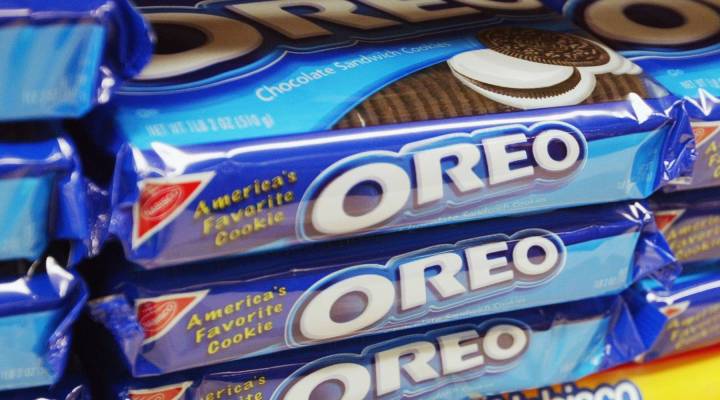 A senior administration official says President Barack Obama will announce housing initiatives to help members of the military as well as homeowners with mortgages insured by the Federal Housing Administration.

Markets around the world were down as investors digest yesterday’s news out of China that economic growth in the country will slow down this year.

The national average for a gallon of gasoline dipped today -after about a month of steady increases. We’re down to $3.76 a gallon, which is still obviously very high.

100 years ago today, when Ohio had more people than California and Florida combined. When Ireland was excited about having built the Titanic — which was about to set sail. And when the predecessor to the NFL was increasing the point value of a touchdown from 5 to 6. The National Biscuit Company — Nabisco — unveiled the Oreo Cookie. Worldwide Oreo sales hit $2 billion last year.

We took note last week here at Marketplace of how the unusually mild winter has given the economy a boost. Well, now word of another benefit: data from the airline tracking service FlightStats shows on-time arrival rates are up across the country. In fact, eight airlines had on-time rates of around 90 percent last month. ‘Course, the way things are going, don’t be surprised if they start charging an “on-time arrival fee.”

A couple of British men have been charged with hacking into computers at Sony Music and stealing a large number of song files reportedly including numerous unreleased Michael Jackson tracks. Shortly after his death, Sony paid $250 million to Jackson’s estate for the planned release of his back catalogue, along with a trove of unreleased material.  Ya know, you’d think with file names like “Beat It” and “Leave Me Alone,” they might have gotten the message.