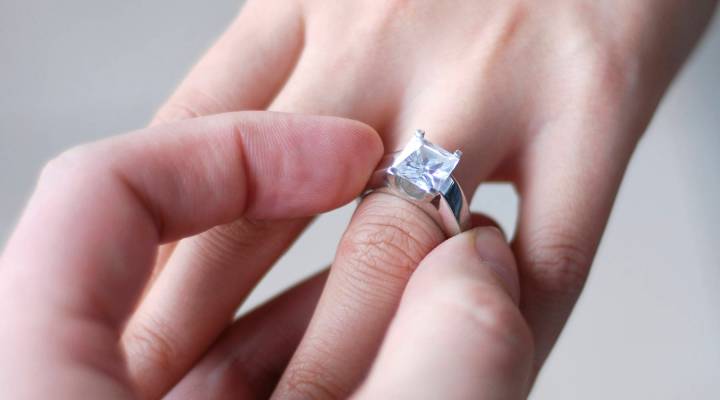 For five years of love and fiscal responsibility

For five years of love and fiscal responsibility

Tess Vigeland: We received a letter last week from a U.S. Marine stationed in Okinawa, Japan. He started listening to the show when his wife introduced him to it back in 2008. The helicopter pilot told us he worried about missing the program when he was shipped off to Afghanistan, so his wife promised to send him CDs of the podcast, every week. And she did.

During two tours, he didn’t miss one show. Because of her, he says, they have an emergency fund, they max out their Roth IRAs every year and they contribute to two different retirement accounts. To thank her, he asked if he could read this letter in celebration of their fifth wedding anniversary:

Nate Goddard: Hi, this is Nate Goddard and I’d like to tell Sarah Goddard, my wife of San Diego, Calif., that I miss her terribly. I wanted to tell her that all the podcast CDs that she sent out to me, meant the world to me, the diligent ways she manages the finances in our family has allowed me to concentrate on my job flying in Afghanistan, Japan and at home in the U.S. without any concerns over debt or finance. I wanna say that I’m thankful for everything that she has done and all that she is. I love you Sarah. Happy anniversary!

And so… Sarah and Nate Goddard, for your love and devotion to each other — and to fiscal responsibility — a plastic porcine bank is headed to San Diego. Here’s to many more years of happiness and saving. And happy anniversary you guys!