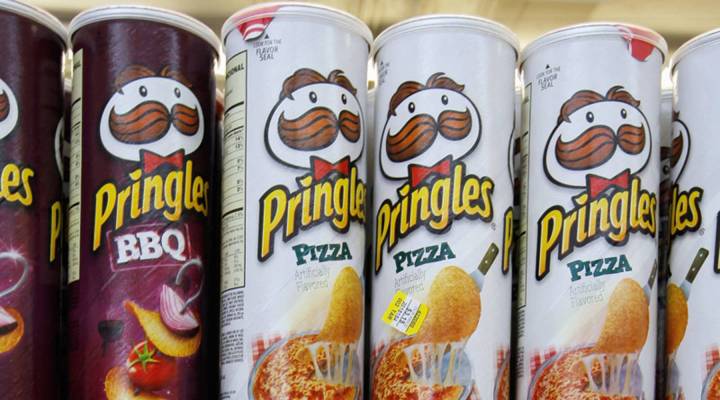 PODCAST: Don’t call it a comeback

COPY
$2.7 billion for potato chips -- that's how much Kellogg's says it'll spend to acquire Pringles. The cereal maker is trying to boost its presence in the market for stuff you eat later in the day.
Mid-day Update

PODCAST: Don’t call it a comeback

$2.7 billion for potato chips -- that's how much Kellogg's says it'll spend to acquire Pringles. The cereal maker is trying to boost its presence in the market for stuff you eat later in the day.
Listen Now

Congressional negotiators have reached a tentative deal that would extend the payroll tax cut through the end of the year.

European finance ministers were going to decide if Greece had done enough budget cutting to get more bailout money. But – once again, the deadline has been pushed back and the meeting postponed.

U.S. homebuilders are gradually growing more optimistic about the depressed housing market and believe homes sales could pick up sharply at the beginning of 2012. Applications for U.S. home mortgages slipped last week, pulled lower by a steep drop in demand for home purchases, an industry group said on Wednesday. Also today, we’ve got news that factories here in the U.S. increased their output in January by 0.7 percent.

We have reports this morning that an explosion hit an oil pipeline in Syria. Political tensions have also threatened the oil industry in Sudan, Yemen and Iran.

And here’s a number for you: $2.7 billion for potato chips. That’s how much Kellogg’s says it’ll spend to acquire Pringles. The cereal maker is trying to boost its presence in the market for stuff you eat later in the day.

We just got earnings from Comcast, which said it lost only 17,000 cable TV customers at the end of last year compared with a loss of 135,000 a year earlier. Comcast says better customer service is helping.

Cisco has come out with its annual forecast for mobile devices and says that by the end of this year there will be more mobile devices than people on Earth. Hopefully, we’ll finally be able to come up with some different ringtones. Or maybe we can just do away with them altogether.

Turns out Valentine’s Day balloons — the Mylar ones — have a thing for power stations. And when the two get together — as you might imagine — sparks fly. A balloon killed power yesterday for about 2,200 customers in San Francisco. And in southern California another Valentine’s balloon knocked out power for about 15,000 people. The Los Angeles Times reports the power company spokesman wasn’t surprised: apparently it happens every year.