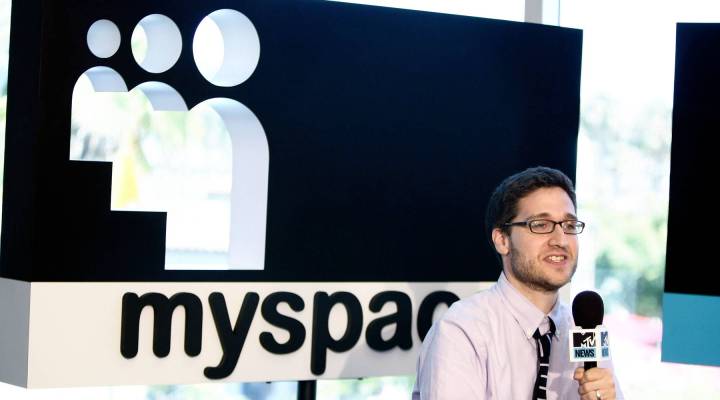 Turns out, MySpace was only *mostly dead

Turns out, MySpace was only *mostly dead

Remember MySpace? Not all that long ago, it was out on the bleeding edge of social media. It had 76 million users, everybody loved it, musicians flocked to it, it was the place to be, Rupert Murdoch’s News Corp. paid nearly $600 million for it. And then…crickets.

It was presumed dead. But as Princess Bride’s miracle worker, Miracle Max, would say:  It was only MOSTLY dead.

MySpace is showing signs of life. It released a new music player in December and, since then, a million new users have signed up.

But this is not the same MySpace. Josh Bernoff, a senior analyst with Forrester Research and author of the book “Groundswell: Winning in a World Transformed by Social Technologies,” says it’s no longer a social networking site. Now, it’s more like Hulu for music. “It’s a place that you’ll go to find out what the latest most popular music, to see movie trailers. It’s pretty much the kind of thing people do when they go to Hulu or YouTube or Pandora.”

And MySpace has some serious assets in that department. It has a library of 42 million songs. That’s way bigger than anything Rhapsody or Spotify could brag about.

But MySpace wants to go beyond music.  It’s creating MySpace TV with Panasonic — it’s kind of like an interactive TV-Internet hybrid.

William Ward is a professor of social media at the Newhouse School of Public Communications at Syracuse University. He sees this as a great opportunity to connect people around “event TV” like the Super Bowl or the finale of “American Idol.” Everyone could watch and comment together in a network of friends, like Twitter with pictures. And it could go beyond that: “You and I could schedule time to…watch a movie together, and we could talk about it and maybe invite in a few groups of our friends. So, I think that video on demand is kind of a newer area that people haven’t really captured yet.”

In other words, you could set up a movie club with friends in different cities.  You could all log in at the same time, watch the movie together and make comments to each other: Peanut Gallery 2.0!

Ward says the site has a new, sleek look that could help attract users. One of the reasons MySpace is thought to have lost out to Facebook, is because Facebook’s design was so much simpler — everyone’s page looked the same. Ward says the new MySpace is “much more simple and elegant looking — not cluttered.”

And speaking of Facebook, it took the once-dominant MySpace, beat it up, took its lunch money and stole its girlfriend. But MySpace isn’t holding a grudge. In fact, Forrester Research’s Josh Bernoff says MySpace is counting on Facebook. Thirteen percent of MySpace’s traffic comes from Facebook, because people are posting music videos from MySpace onto their Facebook pages. “It’s very easy now, on MySpace, to tell people what you’re watching and listening to. Of course you tell them through your Facebook account. Then someone else on Facebook says, ‘Oh, let me come over there and look at it.’ So, we’re now in a situation where Facebook has actually become a traffic driver to MySpace.”

So the company that crushed it is now crucial to its growth. There’s something very Shakespearean about that.

Not that Facebook is MySpace’s only asset. There’s also Justin Timberlake. He’s one of the new owners of MySpace (they bought it from News Corp. for $35 million).  And if anyone — anyone — can make MySpace cool, it is the king of cool himself, Justin Timberlake. You could say, he’s bringing MySpace back.

We thought it was fitting to post a link to J.T.’s song: What Goes Around…Comes Around.  Never count a company out too soon, especially when it’s only mostly dead.