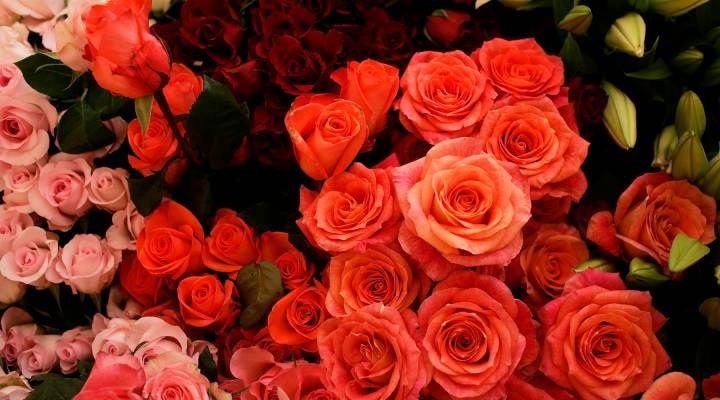 COPY
Flowers wait to be made into a bouquet at the White Tulip florist in Miami Beach, Fla. Joe Raedle/Getty Images
Mid-day Update

Flowers wait to be made into a bouquet at the White Tulip florist in Miami Beach, Fla. Joe Raedle/Getty Images
Listen Now

The government said this morning that retail sales inched up 0.4 percent last month. That was lower than expected. Here in the U.S., confidence among small businesses owners has hit a four year high. U.S. import prices rose a touch more than expected in January as petroleum and food rebounded strongly, a government report showed on Tuesday, but underlying imported inflation pressures remain muted.

House Republicans, who had initially said they were looking for spending cuts to offset the payroll tax cut’s $100 billion cost, now say they’ll pass it without offsets.

Japan’s central bank made a surprise announcement of more stimulus this morning pumping $130 billion into the economy to weaken the Japanese Yen and boost exports.

The man who is in line to become China’s next president, Xi Jinping, will meet today with President Obama.

The rating agency Moody’s has downgraded  the credit ratings of six European countries, which is likely to make matters worse.  The cutting in Greece is hurting the country’s economy: G.D.P. there shrunk 7 percent at the end of last year.

To another sappy Valentine’s day story. In the U.K., the company that makes those little candy hearts with messages on them haas been named the most romantic workplace in Britain. According to the Telegraph newspaper, 122 of the company’s 500 workers are married to each other. A little closer to home, by the way — Southwest Airlines boasts 2,416 employees who are married to each other out of a total workforce of 37-thousand. And of course, Southwest is based at Love Field in Dallas, Texas.