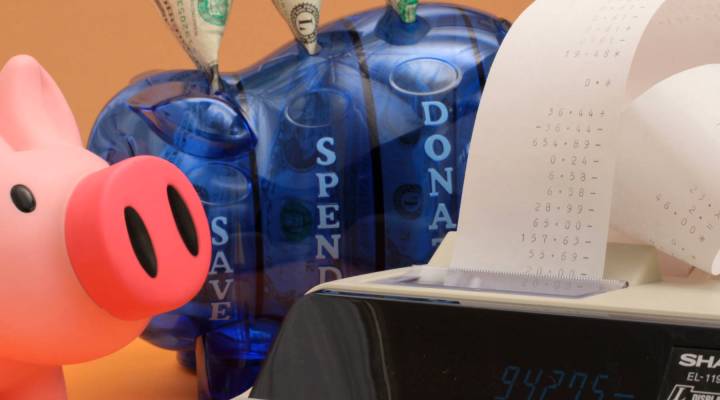 For saving, not splurging potential income

For saving, not splurging potential income

Tess Vigeland: Last week, President Obama announced another plan to help underwater home owners. People whose homes are worth less today than what they paid for them would find it easier to refinance… IF — and that’s a big if — the plan passes Congress. The administration’s hope, of course, is that by refinancing, people will take some of the money they’re saving on the monthly bill and spend it.

We asked some listeners who would benefit from that plan what they’d do with the money.

Pierre MaCoy : My name is Pierre MaCoy and I live in Harrisburg, Penn. The money I would save by refinancing with these low rates, I would probably use to get myself some new clothes, maybe go out to dinner. Just spend it on things that I can’t spend on right now.

Tonia Chase : My name is Tonia Chase from Windham, N.H. With the money I would get back from refinancing, I would put it into my daughter’s college education to pay for future semesters.

Richard Valdez: My name is Richard Valdez. I’m a resident of the San Fernando Valley, Calif. I live in North Hollywood. Personally, if I refinanced, I would be focusing on establishing an emergency fund.

Angela Bowman: I’m Angela Bowman and I live in Chicago. What I’d like to do is take about half of that money every month and put it in a savings account. And then I’d like to take the other half and use it to pay down my secondary mortgage, which is a home equity line of credit.

Teri Sebastian: My name’s Teri Sebastian. I’m from Marietta, Ga. I’d spend refinance money on just getting caught up on my bills. It sometimes feels like the utilities that we’re paying are just what is the least amount to avoid them getting cut off. And I’d really love to get current on everything.

I guess we have one person there on the “spend to save the economy” team there. Boy but otherwise, what a collection of financially savvy citizens! Bravo! We are particularly impressed by Angela Bowman, wanting to both save and pay down a home equity line of credit. So our little blue plastic friend is jetting off to the Windy City. Angela, all we ask is that you keep him warm and stuffed.