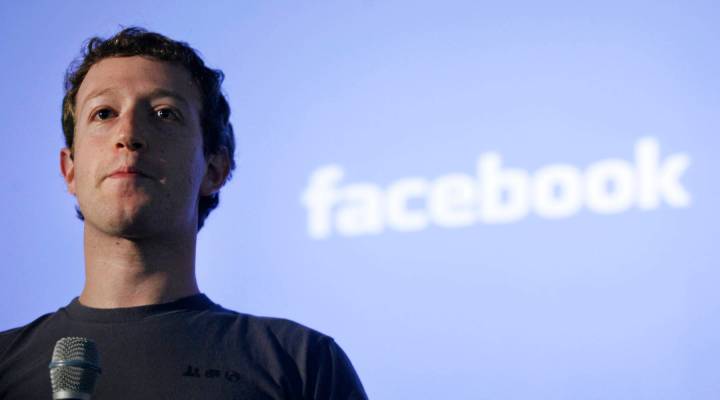 Mark Zuckerberg, CEO of Facebook, at their headquarters in Palo Alto on April 7, 2011 in California. The major tech company is expected to go public soon. KIMIHIRO HOSHINO/AFP/Getty Images

Mark Zuckerberg, CEO of Facebook, at their headquarters in Palo Alto on April 7, 2011 in California. The major tech company is expected to go public soon. KIMIHIRO HOSHINO/AFP/Getty Images

Adriene Hill: As soon as this week, Facebook is expected to file papers with the Securities and Exchange Commission to sell stock to the public. A Facebook initial public offering could raise as much as $10 billion, putting the company’s valuation at about the same level as McDonald’s. But even if you’re not planning on buying shares, the IPO will offer something — a peek behind Facebook’s mysterious blue curtain.

But we don’t know very much about Facebook. The Yankee Group’s Carl Howe says the company will have to open its books as part of the process of going public.

Carl Howe: Are they really making as much money as people think? We’ve never seen official reported numbers. We’ll also see how its expenses match up against the revenue.

And it’s not just profits. Facebook will have to reveal how much it pays executives, who its investors are as well as legal and business risks the company faces. Brad McCarty is managing editor of The Next Web.

Brad McCarty: Now to be able to really peek inside what’s going on at Facebook and where the money comes from, it’s a really big deal.

Facebook is reportedly valued between $75 billion and $100 billion. The real value will depend on whether investors like what they see in Facebook’s books.